WBC Int’l title: Lasisi vows to knockout Blandon in Round 7 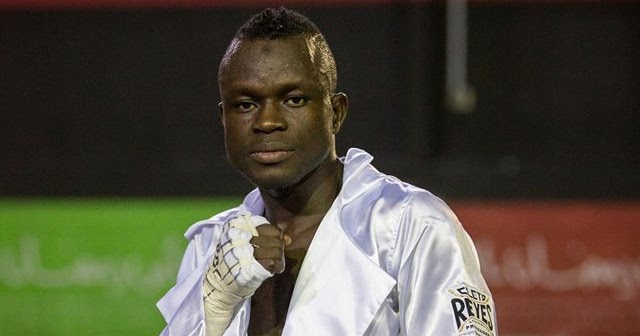 Sportinglife.ng reports that Lasisi was initially billed to take on Keyvin Francisco Lara but the Nicaragua was replaced due to hand injury he sustained during training.

In a chat with Sportinglife.ng after performing the mandatory weigh-in on Thursday, Lasisi said, “My target for this fight is to beat Ricardo Blandon and bring the title fans in Nigeria. My plan is to stop Ricardo in round 7. Blandon is a good fighter but he cannot stop me. I will make him be my 13 fight win Insha Allah

“I had good preparations as I camped at The Gym Boxing in Accra under trainer Coach Adama, the head coach of the gym. My camping in Ghana gave me more motivation and great sparring. The camping was fun as I met the IBF world champion Richard Commey, Joshua Clottey and the great former world champion, Azumah Nelson.

“Changing of my opponent many times does not in any way affect my preparation or weigh me down. I was initially focused on Lara but he pull out due to injury but I believe in my hard work in Ghana. I am not scraed of any opponent they bring for me,” he told Sportinglife.ng.

The Aliu vs Blandon 12 rounds clash is one of the headline fights of the “Fight DXB Uncovered Show”, which will see 22 countries being represented, 22 exceptional professional boxers in 11 hotly anticipated fights.

The event is presented by Ahmed A. Seddiqi’s Round 10 Boxing Club in association with international boxing powerhouse MTK Global.