Mike Tyson will secure himself a place in the WBC rankings should he make his sensational return to professional boxing, according to Mauricio Sulaiman. 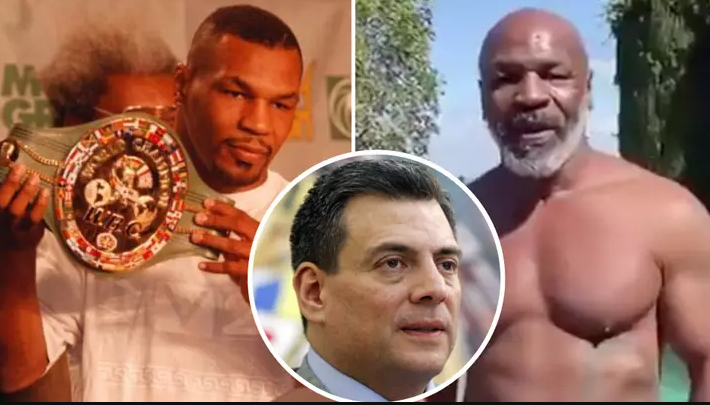 The 53-year-old boxing legend has announced plans to return to the sport as part of a series of exhibition fights for charity.

And Tyson remains the youngest boxer in history to win a world heavyweight championship when he defeated Trevor Berbick in 1986 for the WBC heavyweight title.

Talks are reportedly underway for ‘Iron’ Mike to complete a trilogy of fights with boxing legend Evander Holyfield.

When asked about Tyson’s return, Sulaiman branded him an “icon for the sport” and “an icon for the WBC.”

And the WBC president even entertained the idea of putting a 53-year-old Tyson into the boxing organisation’ rankings if he does make a pro comeback.

Sulaiman told Stats Perform News: “Mike Tyson was the youngest [boxer] to win a world championship. Maybe he will be the oldest! He’s a tremendous, legendary figure. He’s an icon for the sport, an icon for the WBC.

“He could knock out anyone with one punch, at any time! So, of course, we will support him. I don’t like to speculate.

“This is a topic we are all entertained by. An exhibition is one thing; if he comes back, he has to be licensed and has to go through a thorough process.

“I’m not going to kill the dream. I’m going to be very supportive of Mike Tyson, he deserves it. If the dream is to say ‘I will be ranked,’ I am saying yes, we will rank him.

“Every world champion has a provision that he can come back, like Sugar Ray [Leonard], who was inactive. But Tyson’s case is different, he’s been away many years.

“But I am in full support of Mike Tyson. I believe this will bring entertainment and he’s doing it for charity. He wants to serve the world in this difficult moment.”

Tyson has shared different clips of him training ferociously hard on the pads as he teases fans about his boxing comeback.

And recently images have emerged online showing off the incredible physique of the ‘Baddest Man on the Planet.’

‘Iron’ Mike hasn’t fought in professional boxing since he suffered back-to-back defeats to Danny Williams and Kevin McBride in 2004 and 2005 respectively.

Sulaiman added that the WBC is “fully behind” the former undisputed world heavyweight champ’s decision to compete in exhibition fights.

Read Also: Messi asked if he would pass to Ronaldo if they played together

“We need to first understand what it is. I think it’s an exhibition. The safety has to be top priority,” he said.

“It is great to see athletes promoting the sport. Mike Tyson had a very complicated life in boxing.

“Now to see him losing weight, active, healthy, is great and we have to support him. But we have to see if it is a real fight. I am hearing that it’s an exhibition and we are fully behind him.”

Protocol for Serie A matches during COVID-19 crisis finalised