We are set for Africa – Tikon

Team Nigeria table tennis players to the forthcoming 2020 ITTF top 16 which serves as World Cup qualifiers in Germany and China and the Tokyo 2020 Olympic Games qualifiers in Tunisia are fully set and focused to do the country proud by qualifying and also picking the Olympic tickets. 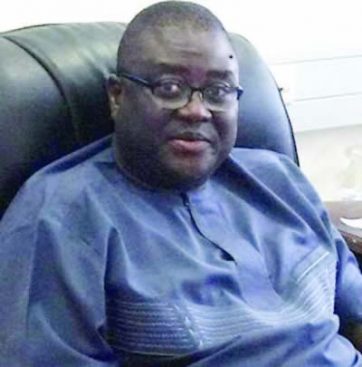 This was the submission of the President of the Nigeria Table Tennis Federation, Engr. Ishaku Tikon as the depart the country’s shores in the early hours of Friday, feb, 22 aboard a Moroccan airline that leaves at 5.30 am, Nigeria time. The top 16 is billed to hold from Feb 23 to 26, while the Olympic qualifiers is from Feb 27 to 29, 2020.

Sounding very confidence as usual, Tikon who is also an Executive board member of the Commonwealth Table Tennis Federation and the 3rd Vice President of the Nigeria Olympic Committee as well as Chairman of the NOC Olympafrica Development Commission, said he is always intouch with all the players listed for both the African top 16 and the Tokyo 2020 Olympic Games qualifiers in Tunisia and they are all in high spirit rearing to go.

“I spoke with the African legend, Segun Toriola, ITTF Africa current highest rank player, Aruna Quadri, reigning All African Games Champion, Jide Omotayo, Eden Offiong and Funke Oshinaike, not forgetting the only home based female player in the team Fatimah Bello and they all gave me their words”, the president said.

According to him the team is not going to Tunisia for Jamboree but to show their class as the best in the continent.
The president commended the minister of sports, Sunday Dare for the support he has been giving to the team.

Meanwhile, national team head coach, Nasiru Bello popularly referred to as ‘Alakoro’ will be departing with Fatmah Bello, the only home-based player in the team in on Saturday, while the remaining 5 players would join them from their respective stations.