We have to win Croatia–Argentina coach

Argentina captain Lionel Messi is aiming to make amends in their World Cup Group D match against Croatia on Thursday. 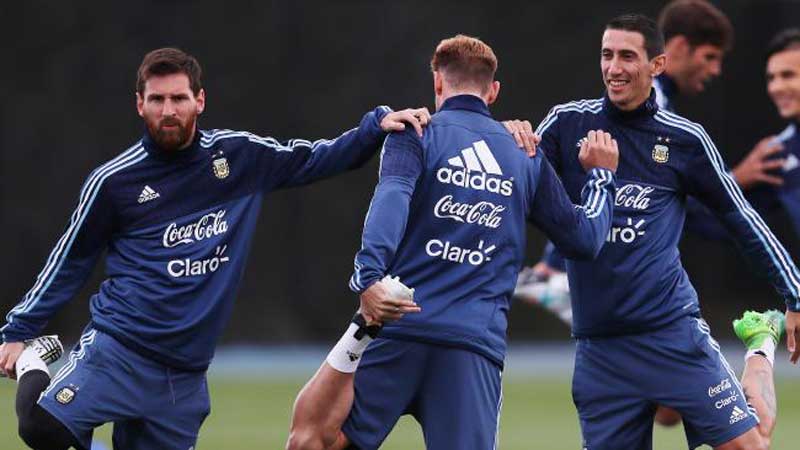 Argentina are desperate for a win after a disappointing performance against Iceland last Saturday which ended 1-1.

We need to move on to the next phase, that’s what we came here for,” he said. “We don’t want to go to the last match not having resolved that.” Argentina coach Jorge Sampaoli said.

Croatia go into the game in ebullient mood after a comfortable 2-0 win over Nigeria, and will look to add to the frustrations of Messi who has failed to replicate the glories of his Barcelona career on the international stage.

Croatia coach Zlatko Dalic has turned to midfielder Ivan Rakitic – Messi’s teammate at Barcelona – for ideas and tactics to stop him. “I will use all the information I can,” he said.

“There is no perfect way to stop Lionel Messi … he is the greatest player in the world. But while one excellent player can make a great result, a great team does the job much better … We will go into the game a little bit more relaxed than them.”

Those who followed Argentina’s shaky qualification leading to the World Cup were not shocked by the result against Iceland, and do not expect them to roll over Croatia despite their abundance of individual talents.

Costa wins man of the match against Iran