We must be out best against Barcelona – Sevilla boss

Sevilla are preparing to take on Barcelona today with club boss Julen Lopetegui making clear that his side will have to be at their best.

Despite a summer in which the club has lurched from crisis to crisis, Ronald Koeman has started the domestic season fantastically well, winning all of the competitive matches he has taken charge of.

“We have to be at our best; there is no other way against Barcelona,” Lopetegui explained in his pre-match press conference.

“It’s a different side with a new coach and a renewed energy, and they’re showing good things.

“However, every match is an opportunity and we have to do what we want to do.”

It hasn’t been as busy a transfer market for the Andalusian club in comparison to the summer of 2019, however Lopetegui is still trusting Monchi totally to deal with any further business.

“We have already said that the squad, in terms of ins and outs, depends totally on Monchi,” he added.

“We are connected; he knows what I want and I fully trust him.

“I am focusing on the players we have available to help us in Sunday’s match.”

Sevilla were drawn in a Champions League group with Chelsea, Krasnodar and Rennes, with the former Real Madrid coach excited about the prospect.

“I made an assessment at the time, it’s a very difficult group,” Lopetegui noted. 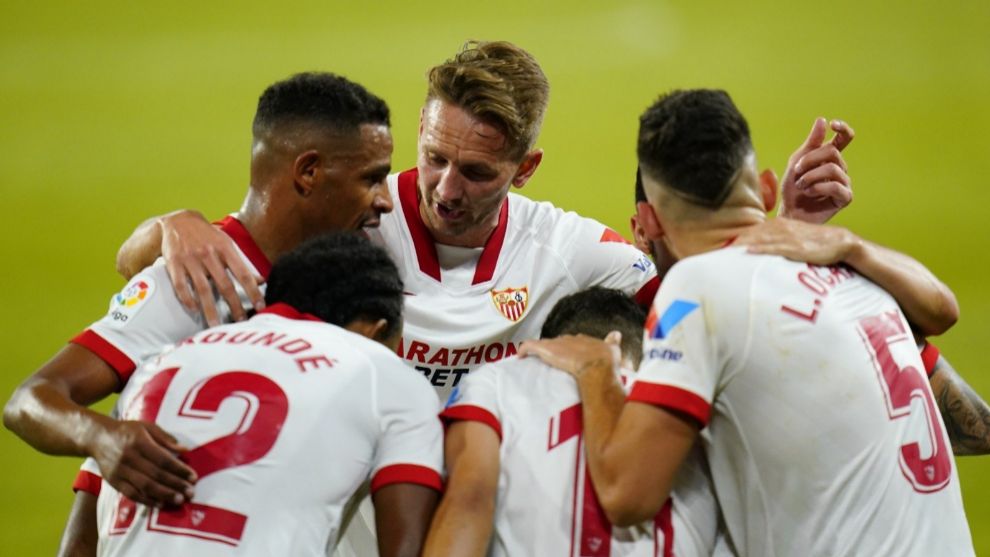 “Nothing other than that can be expected in this competition.

“Rennes are the current Ligue 1 leaders; Krasnodar are a growing team; and obviously there is nothing that needs to be said about Chelsea.”

Man City ‘far away from the top’ – Guardiola