We performed below expectation –Falcons captain

Super Falcons Captain Desire Oparanozie has apologised to Nigerians for the below average performance of the team at the onhoing FIFA Women’s World Cup in France. Nigeria were eliminated by Germany at the round of 16. 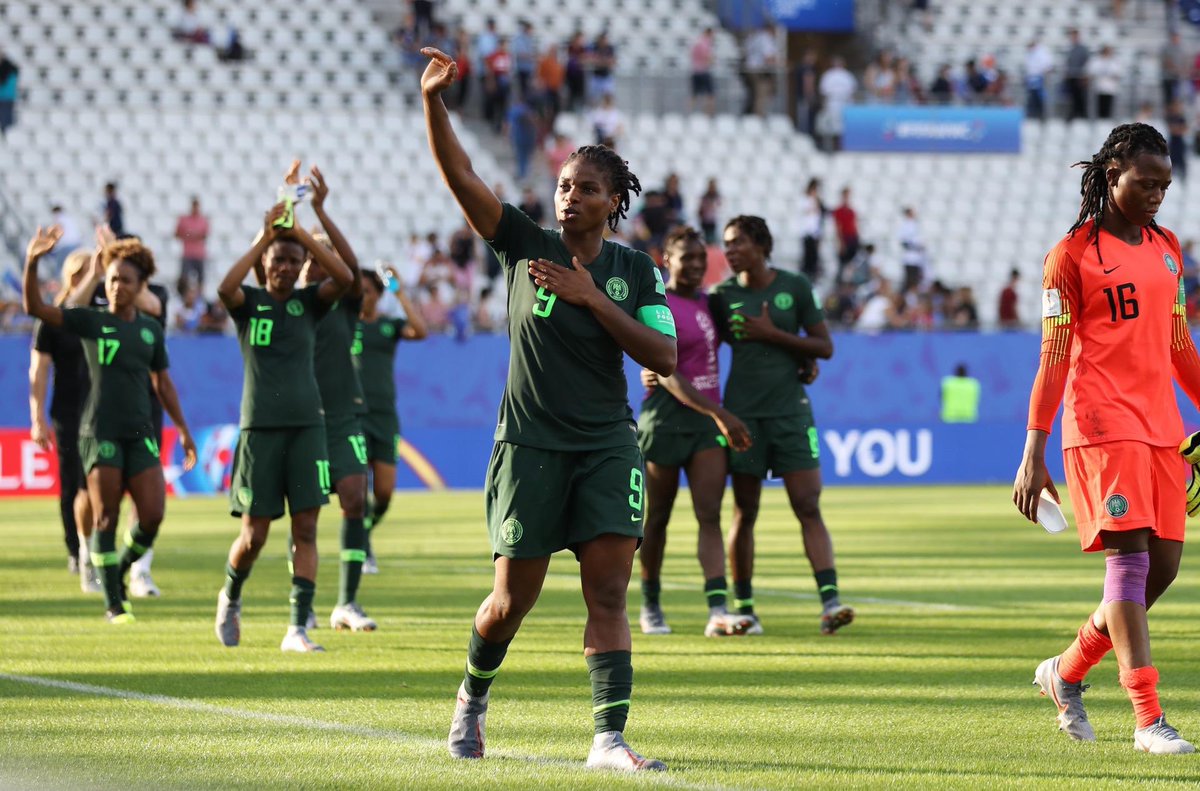 The En Avant Guingamp forward who spoke to Sportinglife.ng after the game against Germany  said  the Super Falcons did their best hoping for an early goal to unsettle the German ladies but  they were so coordinated and took over the midfield .

She said the two first half goals actually affected our play as we were playing not to concede more and hoping for a counter attack.

“I must confess the German ladies are very good and they deserve to win . They really studied our style of play and cut us from the wing which is our strength.  Also we were equally unsettled due to long delay in knowing our qualification to the knockout stage. Really our target is quarter final or semi final”  she said.

Former Delta Queens forward, said for Nigeria to to made a huge impact at the global stage,  the coaches must look inward and the Nigeria Football Federation should dwell more in developing the female football in Nigeria.