Alex Iwobi has been left frustrated after Arsenal failed to sustain their lead which made them lose the vital three points against Manchester United in Wednesday’s Premier League clash at Old Trafford. 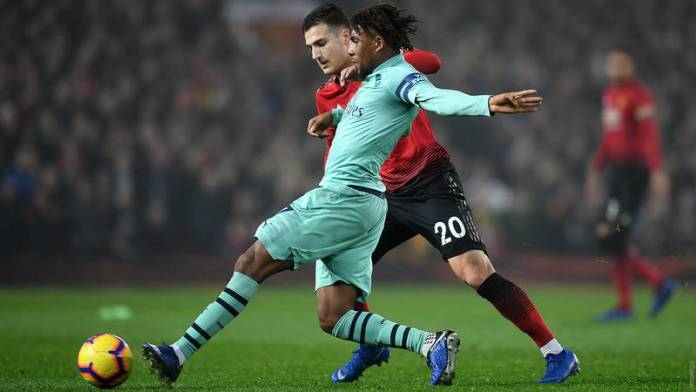 The match ended 2-2 with the Gunners going forward twice only for the home team to equalise almost immediately, which Iwobi, who was on for 65 minutes, blamed on lack of focus.

“We all predicted a difficult game. But blowing away our lead should not have happened if we were focused throughout the game,” Iwobi said.

“Both teams fought hard, so l guess l can say it was a fair result,” he added.

Arsenal were, however, back in front through Alexandre Lacazette who came in as a replacement for Iwobi, but seconds later United levelled through Jesse Lingard.

It was Iwobi’s 18th appearance for Arsenal in all competitions this season.

Gomez Out for Six Weeks after Fracturing Lower Leg