Super Eagles midfield powerhouse John Ogu has hinted that the Nigerian team is good enough to win this summer’s African Cup of Nations in Egypt. 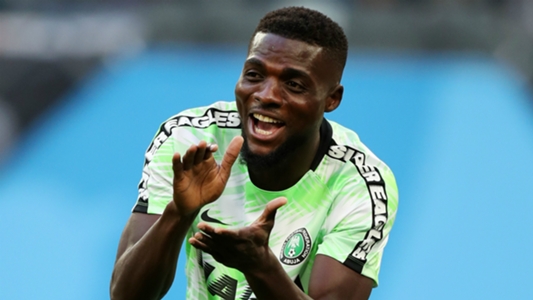 The three-time African Champions who arrived Egypt on Monday after their goalless draw with Zimbabwe at Stephen Keshi Stadium on Saturday, are drawn in Group B of the tournament alongside Burundi, Madagascar, and Guinea.

Speaking on the team’s chances of lifting the elite tournament for the fourth time, Ogu believes the Gernot Rohr-led team has what it takes to deliver the title to Nigeria.

”It’s a collective thing, the whole players are looking to the AFCON. It’s a very big task. Personally, I’m looking forward to this challenge. Every Nigerian is expecting us to go and win the AFCON for the fourth time and we (players) are confident.”

”However, we will take every game as they come. We’ll go to Egypt and try as much as possible to make our country proud.”

The midfielder added that the team will enjoy competing for the African football biggest in the ancient country of Egypt.

Read Also: Balogun to work with 44-year-old coach next season at Brighton

”Yes, but we’re not going to Egypt to read the Bible but play football. However, it will be fun to see some historical places we read about in the Bible,” he said.

Zab Judah wakes up in hospital after brain bleed