Peter Osaze Odemwingie has opened up on his infamous failed move to Queens Park Rangers, saying it was caused by Junior Hoilett’s decision not to join West Bromwich Albion and not what the British media reported. 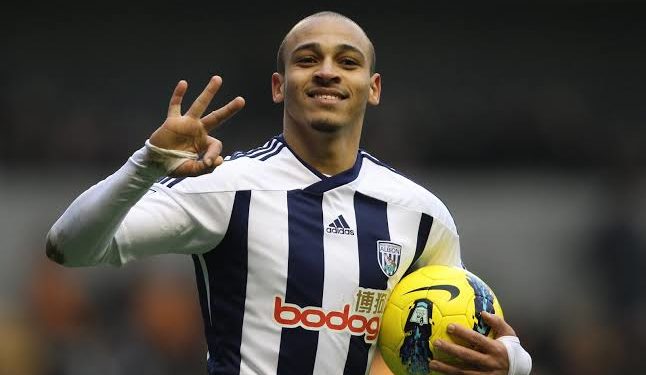 Osaze joined West Brom in 2010 and went on to excel for the Baggies, scoring 31 goals and supplying 17 assists in 90 appearances.

But he thought he had secured a Deadline Day switch to QPR in January 2013 and drove to Loftus Road to complete the formalities on the deal.

But things quickly turned ugly after Osaze was refused entry into Rangers’ stadium with the media reporting that both clubs had not agreed on a fee and that the then-Nigeria international was only attempting to force a move.

Osaze, speaking to Brila FM, insisted that contrary to what the media reported, the deal to take him to QPR had been agreed and was only told subsequently that the transfer rested on Hoilett moving to the Hawthorns.

“Everything was agreed, but actually I didn’t know that one of the terms was that they [West Brom] were getting [Junior] Hoilett and [if I had known that] I would have never driven to London.

“Even Harry Redknapp, the then QPR Manager, said on Radio sometimes last year that they told me to come, he made the confession. However, you know the mainstream media don’t care about the truth.

“They [media] only want sensation, ‘A guy turned up at the stadium, trying to force a move, look at this’ Wow, wow!

“If you give them the truth, they believe no one is interested in it since it’s not sensational stuff, and that is the world we live in today, there is politics about everything we see today.

“The truth is not what everyone is interested in, the story was all over the place because it was sensational, it made me more popular in some way, and I decided to pick positives out of the situation.”