Why I resigned as Kwara Utd coach – Bala

Abubakar Bala, the immediate past Head Coach of Kwara United has revealed why he resigned his position. 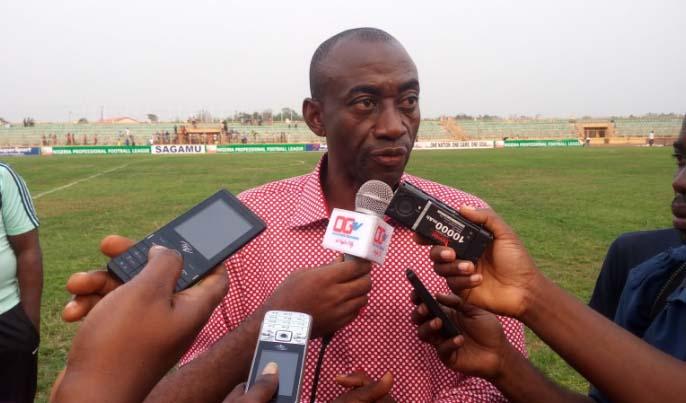 In a chat with Sportinglife.ng, the former Niger Tornadoes coach alleged that amongst other reasons, the management of the club is not concerned with the welfare of the players with the team going three months without pay. He said the attitude of the management towards the team became worse after the general elections which ushered in a new government.

Bala’s quest to help the Harmony Boys escape from relegation was dealt another blow after they were held to a barren draw by Lobi Stars in a Nigeria Professional Football League (NPFL) Matchday 17 fixture in Ilorin on Sunday.

“Yes I have resigned from my position at Kwara United. Though we have a lot of problems that we have been managing and after the general elections the management was not concerned about the team again and the suffering is putting me through some health problems.

“Our result lately is also part of it because the atmosphere is not conducive. The welfare of the players is not a priority anymore and it is affecting the performance of the players. This is the third month that we have not been paid, no bonus. Even during match, no feeding. So how can you expect the players to perform?

“You know Kwara State has financial problem not to talk of the club. The management too, since they knew that they will be removed they don’t even care. If not two days ago that I called the chairman, we have not seen him for two weeks, even the club secretary, nobody has been around the team.

“I cannot be suffering myself. No payment, looking for money to give players to feed, waiting for money to do other things when I have the Under 20 team to join. I sacrificed that one and here I cannot settle down and work.

“I wish the team the best of luck and I will continue to pray for them to avoid the drop. My next step is to join the Under 20 for the World Cup,” Bala told Sportinglife.ng.