THE FIFA Disciplinary Committee has cautioned Argentina for its fans misconduct at the ongoing FIFA World Cup in Russia. 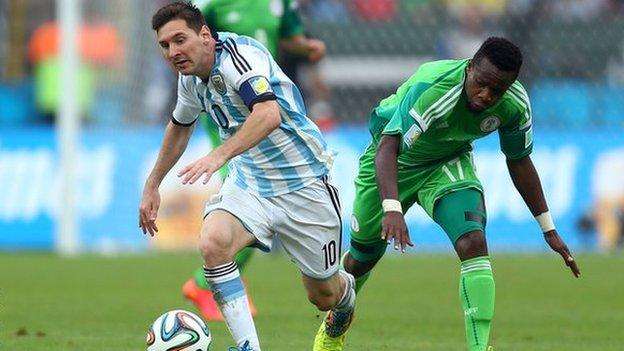 The football governing body passed down the caution to the Argentines two days to their crucial match with the Super Eagles of Nigeria.

Fifa said the caution became necessary owing to incidents of crowd disturbance against Croatia on June 21 at Nizhny Novgorod.

Croatia were also sanctioned by FIFA for the same offence.

Already Polish Football Association has been fined 10,000 Swiss Franc for unruly conduct by its fans.

FIFA has reminded teams of its disciplinary code and recalled the background information it gave earlier in March on disciplinary matters at the ongoing 2018 FIFA World Cup.

Meanwhile, according to the information which has now been circulated to all the team heads of delegation, single yellow cards received by players would be cancelled after the quarter-finals.

“If a player is sent off as a result of a direct or indirect red card, he will automatically be suspended from his team’s following match. In addition, further sanctions, such as additional suspensions and fines, et cetera, may be imposed,’’ a statement by FIFA said.