Wolverhampton Wanderers beat Aston Villa 2-1 in Sunday’s Midlands derby with goals from Ruben Neves and Raul Jimenez taking them into the top eight in the Premier League. 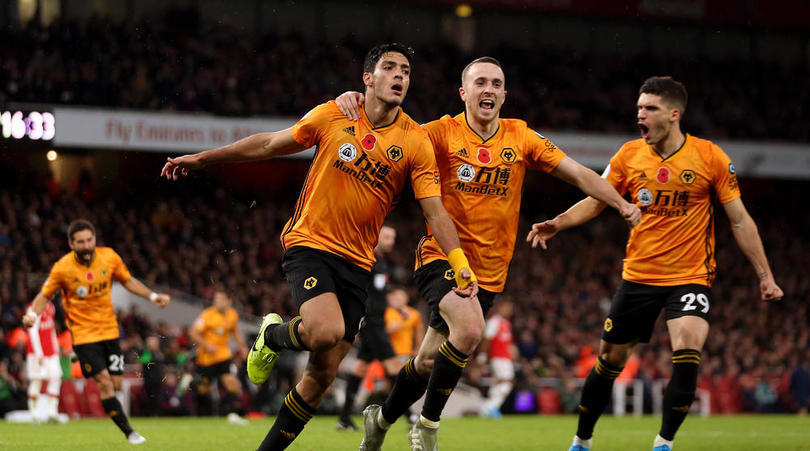 It was a difficult afternoon for Villa from the moment they lost goalkeeper Jed Steer to injury after only five minutes.

Wolves dominated and the only surprise was it took them until nearly halftime to go ahead, Neves giving replacement keeper Orjan Nyland no chance with a thumping drive.

Another injury for Villa led to left back Matt Targett being replaced before the interval but the visitors showed plenty of endeavour after the break to stay in the game.

Villa even threatened to equalise on the odd occasions but Wolves effectively sealed the points when Jimenez fired into the corner after good work by the dangerous Adama Traore.
There was some consolation for Villa when Trezeguet halved the deficit in stoppage time but it was too late.

Wolves’s first Premier League win over Villa for eight years lifted them to 16 points from 12 games while Villa remain fourth from bottom with 11 points.