Premier league defending champions Manchester City played their hearts out against hard fighting Wolves but failed to clinch the Asia Trophy in Shanghai on Saturday.

Goalkeeper Rui Patricio was the hero for Wolves, saving three spot-kicks after the highly entertaining encounter ended goalless. Wolves won the exhibition tournament 3-2 on penalties. It was a story of missed penalties for Pep Guardiola’s City.

Raheem Sterling missed a first-half penalty for City, who dominated at a full Hongkou Stadium but were blunt in attack without Sergio Aguero and Gabriel Jesus.

Pre-season games are notoriously poor barometers for the season to come, especially when played in stifling heat like in Shanghai. 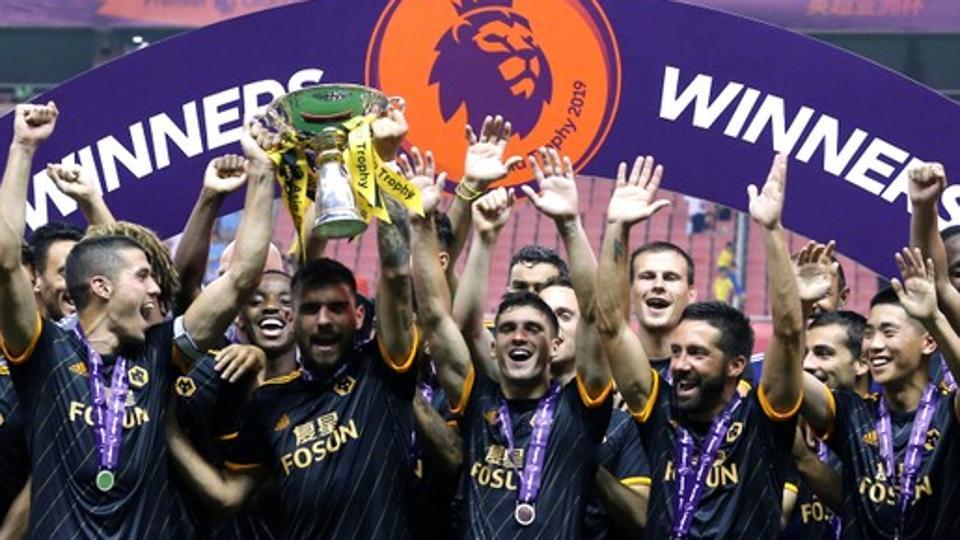 But both sides fielded close to their full-strength sides and Guardiola and counterpart Nuno Espirito Santo will be glad to escape without any serious injuries to their squads.

Leroy Sane, the German winger wanted by Bayern Munich, started for City and won the Sterling penalty, but otherwise had a quiet game before being substituted on the hour.

Kevin De Bruyne was Guardiola’s captain for the night – the City armband is up for grabs following the departure of talisman Vincent Kompany.

Sterling should have put City in the lead but instead blasted his 20th minute penalty over the bar to let Chinese-owned Wolves off the hook.

The England international forward, playing through the middle, then blew a golden chance from close range with only goalkeeper Patricio to beat.

In the third-fourth playoff, Newcastle United beat West Ham United 1-0 to give Steve Bruce victory in his first match as head coach. The Premier League proper begins on August 9.