Women’s Player of the Year: meet the nominees

Who are the three players in the shortlist for the 2017/18 UEFA Women’s Player of the Year award. 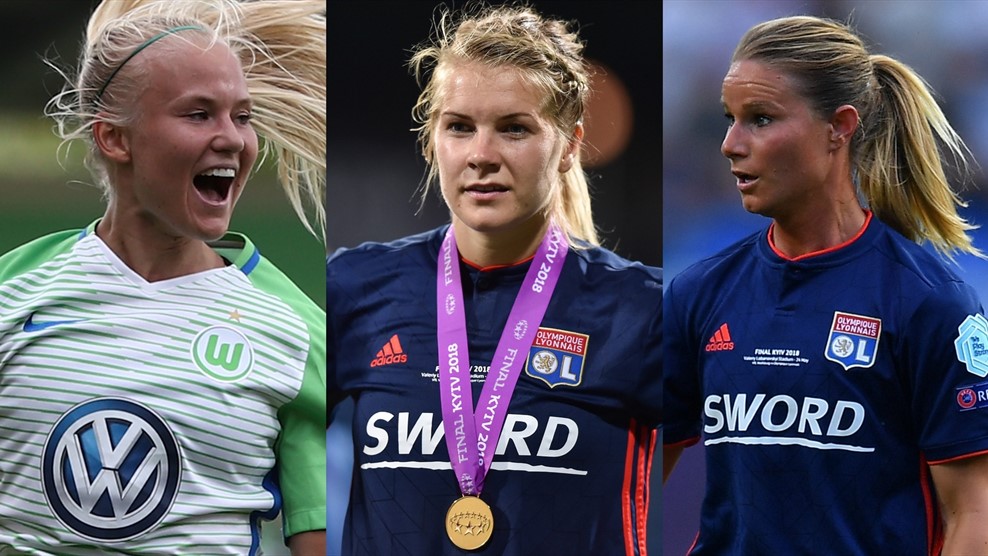 Close to pipping Martens to the award last year, the 25-year-old Denmark captain spearheaded Wolfsburg’s run to the UEFA Women’s Champions League final and another German double with her versatile forward play, top-scoring in the Frauen-Bundesliga.

The 2015/16 prize winner hit a competition record-equalling 14 goals in helping Lyon win that season’s UEFA Women’s Champions League. This time she went one better with 15 goals as Lyon made it three European titles in a row – the latest feat for a prolific forward who has more than 250 career goals by the age of 23, including 47 last term for her club, where she is now under contract till 2021. Currently not playing international football for Norway.

After helping Portland triumph in the American NWSL play-offs last October, Henry returned to Lyon, where the midfield anchor had previously played with glittering success between 2007 and 2016. She quickly proved the fulcrum of what would be the 28-year-old’s fourth UEFA Women’s Champions League victory with the club, crucially equalising in extra time of their 4-1 final win against Wolfsburg and being named player of the match.

UEFA: Modrić, Ronaldo and Salah up for Player of the Year