World-Class Players Who Hung Up Their Boots In 2019

2019 was the year that a whole host of footballing greats called time and their careers and Transfer Markt have put together what could be the greatest retired XI of all-time. 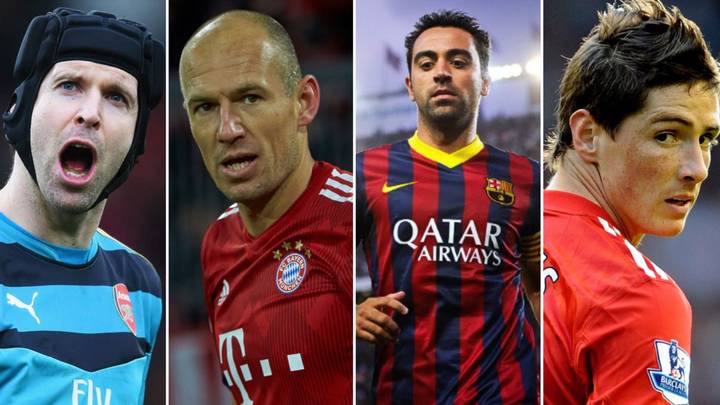 In goal is Petr Cech. The holder of the most clean sheets in Premier League history, Cech’s final game was the Europa League final against Chelsea, though it was already confirmed he was returning to Chelsea as a technical advisor.

The Czech Republic legend has also been playing ice hockey for Guildford Phoenix, unsurprisingly remaining in between the sticks.

Another former Arsenal and Chelsea player, Ashley Cole finished his career with Derby County before taking up a coaching role in the Blues academy. You’ll do well to find a better left-back in Premier League history.

Meanwhile, Juventus legend Andrea Barzagli called it a day after a decorated career that saw him lift eight Scudettos, four Coppa Italias and the World Cup.

Patrice Evra had basically been as good as retired ever since he started to kick fans in the head and do weird Instagram videos but the former Manchester United left-back officially announced his retirement in July of 2019.

Arjen Robben could probably have continued cutting in from the right and bending one with his left foot but both he and legendary Dutch compatriots Wesley Sneijder and Robin van Persie hung up their boots in the same year.

So too did Xavi Hernandez, Barcelona’s all-time appearance maker. The four-time Champions League winner ended his career with Qatari side Al-Sadd, where he was appointed as manager just weeks ago after retiring.

Another one of the best midfielders of our generation, Bayern Munich legend Bastian Schweinsteiger, announced his retirement from football in October 2019, seeing out his final playing days with Toronto FC.

Finally, Samuel Eto’o and Fernando Torres were the two best strikers to call 2019 their final year of playing, finishing up what is a truly deadly team brimming with world-class players.

We wait and see what iconic players finish up in 2020.

‘Ronaldo,Messi Have Scored More Goals Than Man Utd This Decade’