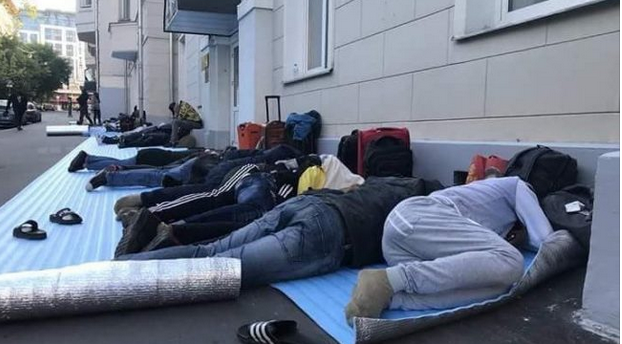 Malam Garba Shehu, the President’s Senior Special Assistant on Media and Publicity, confirmed this development in a statement on Monday.

The affected Nigerians had travelled to Russia for the FIFA 2018 World Cup but got stranded after the competition.

The football fans got stranded in the country following the activities of some unscrupulous travel agents who cancelled their return tickets and abandoned them to their fate.

The presidential aide observed that already the Minister of Foreign Affairs and the Minister of Aviation had in compliance with the President’s directive taken the necessary actions to bring the Nigerians back.

According to Shehu, the Presidential directive is in line with the policy of the current administration to ensure the welfare of all Nigerians in every part of the world.

It would be recalled that the Buhari administration had on several occasions ensured the repatriation of Nigerians from foreign countries like Libya and other conflict zones.