Barely 20 days to the start of the world cup and 22 days to Nigeria’s first match against Croatia, Nigeria’s new jersey has become a must have with manufacturers Nike getting a record three million orders and still counting. 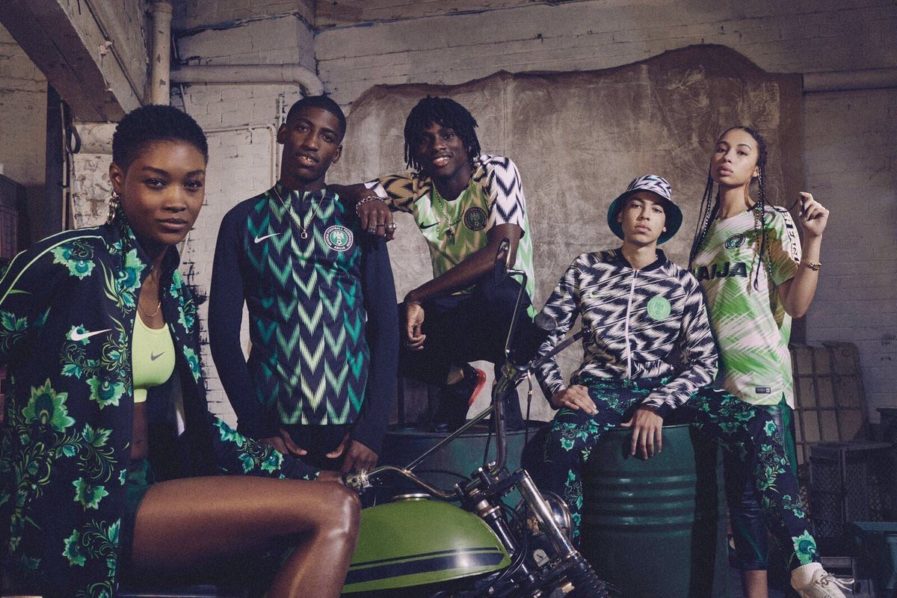 The jersey unveiled in February ahead of the 2018 World Cup, and modelled by Arsenal’s Alex Iwobi, Leicester City’s pair of Wilfred Ndidi and Kelechi Iheanacho is considered one of the liveliest of the jerseys that will be on parade in Russia.

The home shirt’s dominant feature is the bright green-and-white zig-zag pattern running throughout, making for one of the liveliest football shirt designs in recent years.

“When I first saw the new kit I was like, ‘Wow, this is sick! I need one now’,” Iwobi beamed after seeing the new kit.

Iwobi was in agreement with over three million other people who have pre-ordered the kit before it’s released internationally next week.

Nike met up with the Nigerian Football Federation earlier this month and were delighted that their designs have captured the hearts and minds of the public.

The NFF’s vice-president Shehu Dikko told the federation’s official website: “The Company’s representatives at the meeting expressed delight with the performances of the various national teams since they came on board, and we both agreed that it was time for a much bigger contract. That will be actualised very soon.”

Nigeria will be in Group D at the World Cup alongside Argentina, Croatia and Iceland.

The MirrorUK ratings had declared the Nigerian jersey as the best going into the world cup. Many of those tickled by the jersey say the colour combination is very friendly while some who believe in the powers of colours have predicted that it will fetch the Eagles good fortune.

Taekwondo: Schools to provide right atmosphere for students to develop