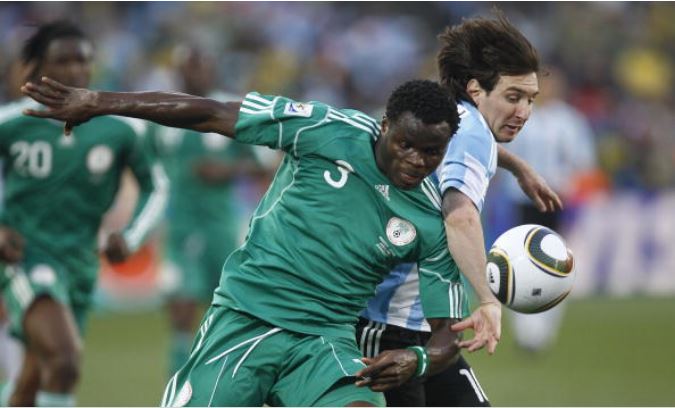 Former Super Eagles defenders, Taiye Taiwo and Ifeanyi Udeze have called on head coach, Gernot Rohr to stick with the team that qualified Nigeria for the 2018 FIFA World Cup in Russia.

Both have also agreed that the team would get to the knockout stage.

On the other hand, they differed on the last two international friendlies played by the Eagles, but reckoned that the team can make Nigerians happy if properly harnessed.

“I am impressed with the recent ranking of the Super Eagles last week Thursday, but I don’t know why we always want to invite every player to the National team whenever we have competitions like the World Cup.

“Anytime we have a game to play they will want to invite 80 players, but they should continue with the same set of players in order for the technical crew to know how they play.

“So, it is very important for the Eagles technical adviser, Gernot Rohr to stick with the same set of players.” Taiwo Concluded.

“I am optimistic that we would see an improved Eagles against England and Czech Friendly matches, and these would also show the capacity of the squad before the June World Cup,” Udeze said.

The Super Eagles are in Group D alongside Argentina, Croatia and Iceland.