Five-time Paralympian, Lucy Ejike on Monday became a world champion again after winning the gold medal in the women’s up to 61kg category on Day Three of the ongoing 2019 World Para Powerlifting Championships in Kazakhstan’s capital Nur-Sultan. 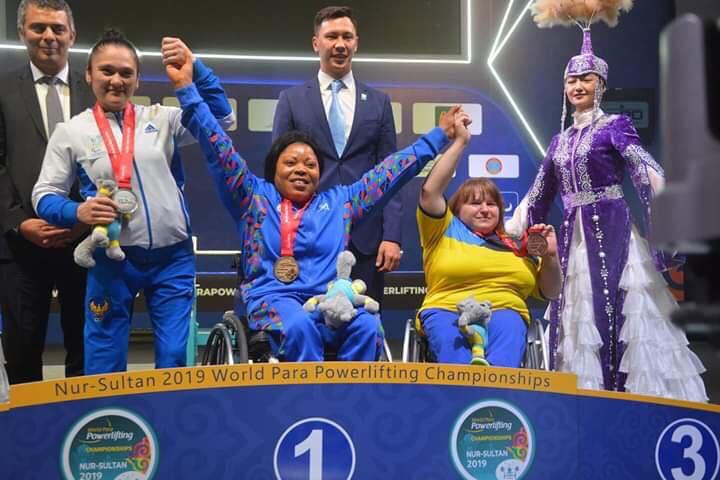 Sportinglife.ng reports that the three-time Paralympic Games gold medalist comfortably defended her world title with a lift of 132kg, despite it being 10kg less than her global mark set at the Rio 2016 Paralympic Games.

World record holder Paul Kehinde of Nigeria, however, bombed out after one no lift at 194kg and two failures at 195kg. His world record stands at a much higher weight of 221kg.

Rio 2016 Olympic Games gold medalist Roland Ezuruike won silver in the in the men’s under-54kg class Group A after managing to lift 177kg, while Rio 2016 silver medalist, Latifat Tijani came third with 105 kilograms (231 pounds) to put Nigeria in the fourth position on the medals table with one gold, one silver, and one bronze medal.

A total of 441 athletes from 78 nations aim to win one of the 20 gold medals up for grabs.

The IPC Powerlifting World Championships is an event organized by the International Paralympic Committee (IPC). Competitors with a physical disability compete, and in a few events, athletes with an intellectual disability compete. First held in 1994, the competition is held every four years.