The four-man contingent will depart Nigeria today aboard a Lufthansa Airline to Frankfurt for a two-day tournament holding in Germany. 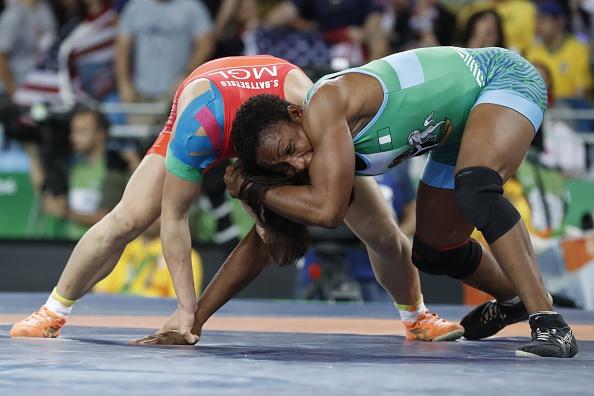 According to the leader of the team and national coach, Purity Akuh, the athletes are expected to compete this weekend at the Grand Prix in Germany holding at the TSV Bayer Sportcenter in Dormagen, which is a town in North Rhine-Westphalia, Germany.

According to the organisers of the tournament, the winner of each weight class of the category Women/Seniors, juniors receives 100 Euro, while the top three wrestlers in each weight category will be awarded cups and certificates. Also, there are also cups for the teams that are first, second and third respectively, while the best team of the tournament gets the „Hans-von-Zons-Challenge Cup“.

With support from the President of the Nigeria Wrestling Federation, Daniel igali, the trip has been made possible and Akuh said: “I believe embarking on this trip would not have been possible without the singular and major support from Igali and we are grateful to him for keeping faith with the athletes and his genuine and sincere interest in seeing Nigeria mounting the podium at the next Olympic Games. This trip would surely avail the athletes the opportunity to garner ranking points particularly at the Bulgaria tournament. We hope to return to Nigeria in early March to continue preparation for the African Championship holding in Tunis later in March,” the 2017 Coach of the Year of the Nigeria Sports Award said.