Wright calls on Emery to bench Iwobi for Spurs clash 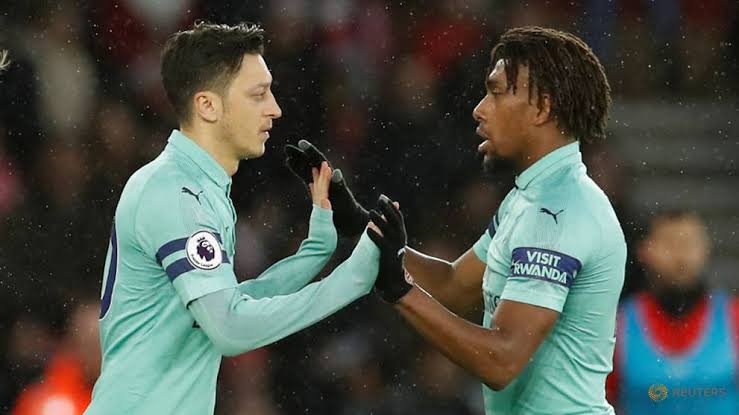 Wright who had previously hailed Iwobi as an asset for the Gunners revealed that the experience of Ozil would be best suited for the game in place for the Nigerian.

“I think he should play Pierre Emerick Aubameyang and Lacazette in front and maybe Mesut Ozil behind them as the three and then you can have Guendouzi, Torriera, and Xhaka in the midfield three but I’m not sure what the coach is going to do but this is what I will like to see with Ozil’s form.”

“I feel that Arsenal needs to go at them because they are a bit shaken having lost their last two games. They need to put their defense and goalkeeper on pressure early in the match. Arsenal needs to take every advantage of the form and inconsistency of Lloris, he said.

Read Also: Iwobi will be an asset for Arsenal in the future–Wright

The gunners are pushing for a top four that will see them return to the UEFA Champions League next season after two seasons of being away in the Europa League.