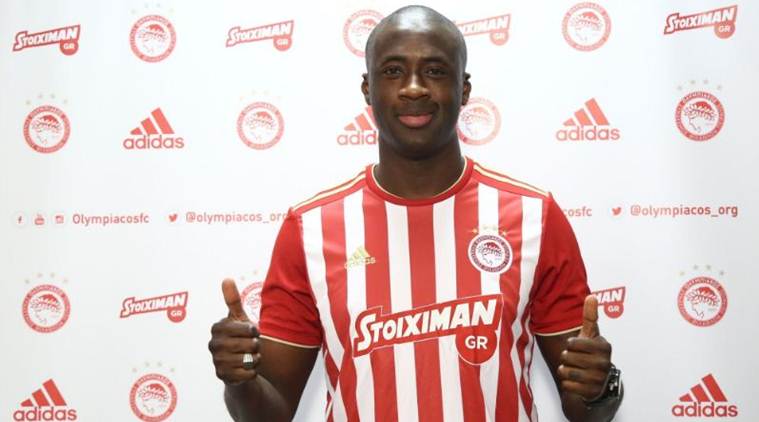 Olympiakos announced Tuesday that the club and the four-time African Footballer of the Year had “mutually agreed to end their cooperation.”

Toure has played just two league games and two Europa League matches since returning to Olympiakos in September for a second stint, having been released by Man City after last season.

The club said “Yaya is leaving as a friend and the doors at Olympiakos will always be open for him. Our paths will surely cross again.”

Toure, a former Ivory Coast captain, began his path to stardom at Olympiakos in 2005-06 and helped the team win the Greek league title. But Portuguese coach Pedro Martins has not used him as a regular starter this season.