Alex Iwobi will go on to enjoy a fruitful Everton career, Joseph Yobo believes, saying it is too early to raise fears over his abilities. 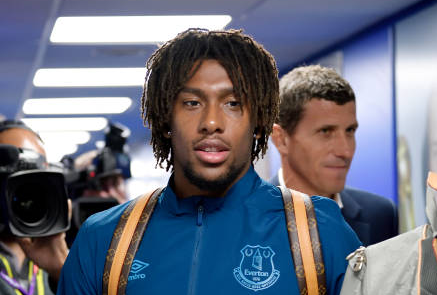 The 23-year-old joined the Liverpool-based outfit in a deal worth £40 million, having made 148 appearances for his boyhood club Arsenal.

Nonetheless, the wideman has failed to find his best form so far at Goodison Park, with three goals in 22 appearances across all competitions to show for his performances.

Yobo, however, has no concerns over Iwobi, claiming he simply needs more time to adapt to life at his new club in the wake of his injury worries.

“Arsenal is a club he knew too well because he came through the academy and he understands the structure of how they play – a style he knows,” Yobo told Goal.

“Moving to Everton was a good move for him because he wanted more game time. Unfortunately, it takes a longer time to settle down in a new environment because only a few players move to another club and settle immediately,

“In between him adapting, he had a number of good performances for Everton. He was getting familiar with how Everton play and was becoming one of the key figures in the team before his injury.

“After his injury, it also took him time to break into the team because Everton also have other good players as well, all that happened before Coronavirus ensured the league was suspended.

“I think we should be patient with him because we can’t doubt his talent. He has unbelievable talent and work rate.

“I know he is going to achieve more with Everton, it is just the timing of everything happening to him. He will surely come good.”