You are amazing, Etebo tells Stoke fans after victory

Stoke of England midfielder, Oghenekaro Etebo has attributed the team’s victory over Swansea City to the massive support from the home fans as they returned to winning ways.

The Super Eagles player was impressive for the Potters in his fifth league game in the English Championship this season despite getting a yellow card. 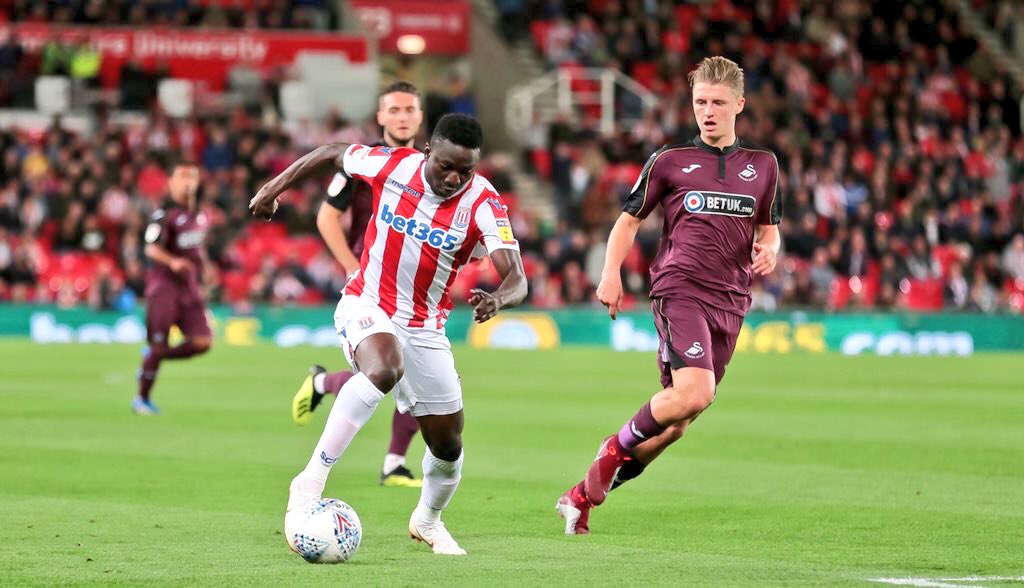 “A hard fought win last night. The home support was amazing! The #Potters supporters are unreal! 🔴,” said the player who was on for the entire duration.

Joe Allen’s goal separated both sides to secure all three points for the home team at the Bet365 Stadium.

Victory now lifts Stoke to the 10th position with 12 points from 8 matches.