‘You can’t compare Lewandowski and Messi’

Barca face Bayern at the Estadio da Luz for a place in next Wednesday’s semi-final.

In the build-up, there has been much debate whether Lewandowski, the Champions League’s top-scorer with 13 goals in seven games, or six-time Ballon d’Or winner Messi is the better player.

“Robert is absolutely world-class as a central striker.

“He has a lot of quality, especially in the penalty area, he guarantees goals and creates them too.

“Messi has been by far the best player (in the world) for many years.

“I don’t know whether there will be a player like him again.”

Lewandowski is enjoying the best season of his career so far with 53 goals in 44 games, while Messi has managed 31 in 43 matches.

However, treble-chasing Bayern need to come up with a plan on how to contain Messi.

“You never defend against him alone. In the (previous Bayern) games against Messi, it always worked well when the whole team played their part,” said Bayern forward Thomas Mueller.

“If the first player doesn’t win the ball (from Messi), the next comes and tries.

“We have to act together, go into the challenges aggressively, but cleanly.

“It will be exciting, but in our games in the last few weeks, we have shown that we can do it,” he added with Bayern unbeaten in their 13 match since the restart. 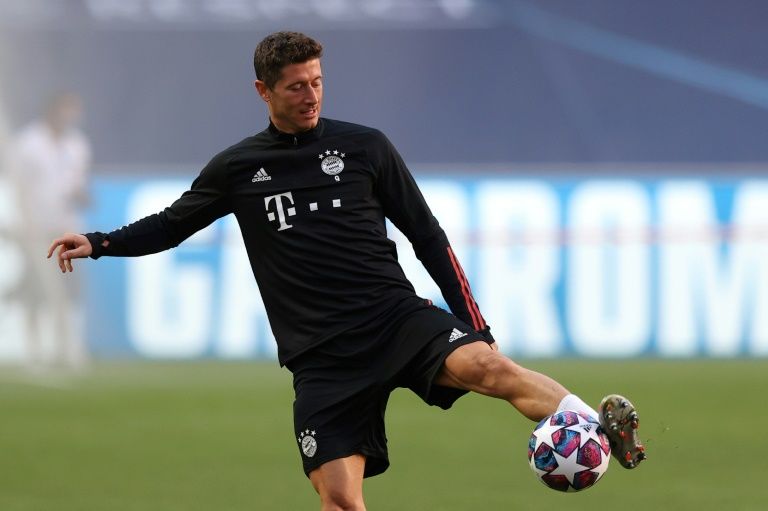 Flick insists Friday’s showdown is not “Bayern against Messi. Of course he’s a world-class player and we have thought about how to play against him.

“We have to be there as a team, be smart and put pressure on him.”