Wikki Tourists Head Coach, Aliyu Zubairu has charged his players to put up the same level of character and commitment that they displayed in their last home win against Enyimba as they face Kwara United today
in an NPFL Matchday 8 tie.

Zubairu who pointed that they were deserved winners of their midweek 2-1 triumph over Enyimba despite trailing first during the encounter owing to Abdulrahman Bashir’s 10th-minute strike before two goals from
the Giant Elephant Abba Umar in the 38th and 47th minutes turned the tide. 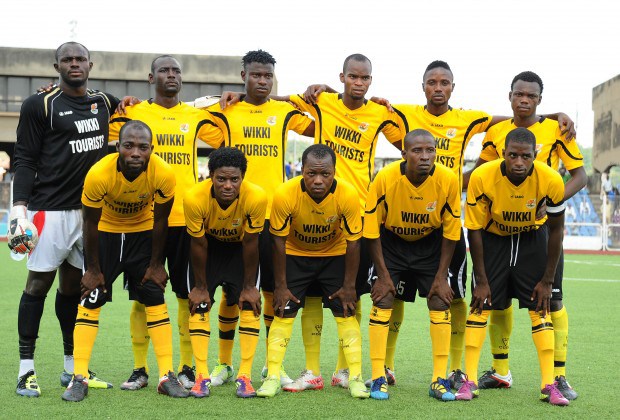 Ahead of today’s duel Zubairu who was a former coach of Kwara United assures that his players will be ready for the Harmony Boys as his players enjoy playing on a good pitch with the Kwara State Sports
Complex, Ilorin affording them the chance to express themselves.

“It was their character and mindset. All along we have been telling the players that they must play with the right attitude if we are to accomplish our set objectives in the league this season,” Zubairu told
SportingLife.ng.

“Even after we were a goal down the players were still playing very well and they kept on fighting harder until we got those two goals that decided the game. If we are able to display the same fighting
spirits and character in Ilorin against Kwara United, it will be difficult for them to beat us.

“My players are always happy to play on a good pitch and the Kwara Sports Complex, Ilorin has a good pitch. We are going there to keep on fighting and see if we can pick points on the road there. We want to
pick away points anywhere we go and it is not just about Ilorin. It is a marathon where you are in this week and you are out the following week. It depends on your concentration level. If you concentrate on your performance, you will remain consistent. It is what we are planning to make sure that once we get to the top we do not come
down.”

Win over Chelsea will prove our title credentials – Guardiola