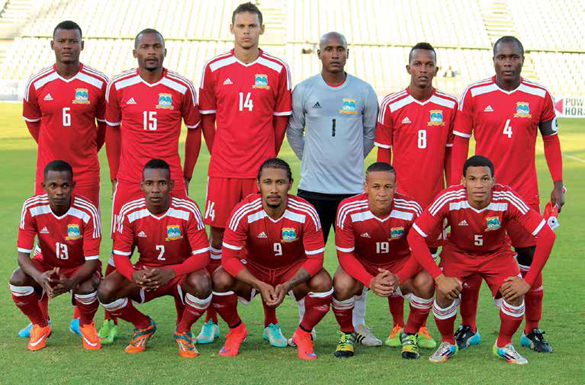 The Nigeria Football Federation (NFF) once again showed the good quality of a good host when they saved the Seychelles national team from a potential kidnap on Wednesday, SportingLife.ng gathered.

The already eliminated Pirates are scheduled to take on the Super Eagles of Nigeria later this evening in the final Group E match of the 2019 Africa Cup of Nation (AFCON) qualifier at the Stephen Keshi Stadium, Asaba, Delta State.

SportingLife.ng scooped that the Seychelles team made hotel arrangements (name withheld) before arriving the country on Wednesday but NFF officials assigned to the team had to persuade them to change previous plans and move into another hotel because the one they booked was a well known den for kidnapers.

However, it wasn’t easy for the NFF officials to convince the Seychelles team to change hotels as they felt their host were taking them to a place where they can perform voodoo (juju) on them.

According to our source: ‘The Seychelles team insisted on the hotel they booked but when they got there, they saw firsthand that the NFF officials were right.

‘The team saw it was truly a kidnappers den and not safe for them. The NFF officials now took them to the Hampton Towers & Spa – a 5 Star Hotel with state of the art facilities.’

The last time Seychelles faced the Super Eagles, they were hammered 3-0 right in front of their fans in Mahé Island and the result later this evening may not be different as they have conceded a whopping 22 goals in five qualifying matches so far, including an 8-1 thumping in the hands of the Mediterranean Knights of Libya.