Aaron Ramsey has agreed a five-year deal with Juventus and will leave Arsenal at the end of the season. The 28 year old will thus be set to team up with former Real Madrid star Cristiano Ronaldo who joined Juve shortly after the World cup in Russia.

Ramsey has been in talks with the Italian champions since last year and is now expected to end his 10-year stay at Arsenal. 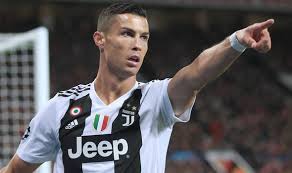 According to Italian journalist Fabrizio Romano, an agreement had been reached for Ramsey to move to Turin in the summer.

The deal is said to be worth £36million, with the Wales international set to earn £140,000-a-week

‘Aaron Ramsey to on next June, done deal,’ Romano tweeted. ‘His agent will be in Italy soon to meet Juventus director Paratici and sign the contract for next season. Here we go!’

The 28-year-old was told by Arsenal at the back end of last year that he was free to leave the club.

It was a decision reached by the club’s senior executives, who believed it was the right move in the long-term interest of Arsenal.

Juventus chief Fabio Paratici said earlier this year in an interview with Sky Sports Italy that Ramsey is an ‘excellent player.’

‘He’s an excellent player. For years he’s been performing at a top level,’ said Paratici. ‘His contract is expiring and we are always attentive to the potential developments. So he falls in that category.

‘Will he join us in the summer? That remains to be seen. ‘At the moment he’s an Arsenal player, certainly we aren’t the only ones following him.’

Ramsey who joined Arsenal in 2008 from Cardiff for £4.8 million has made over 252 appearances for the Emirates Stadium landlords, scoring over 38 goals