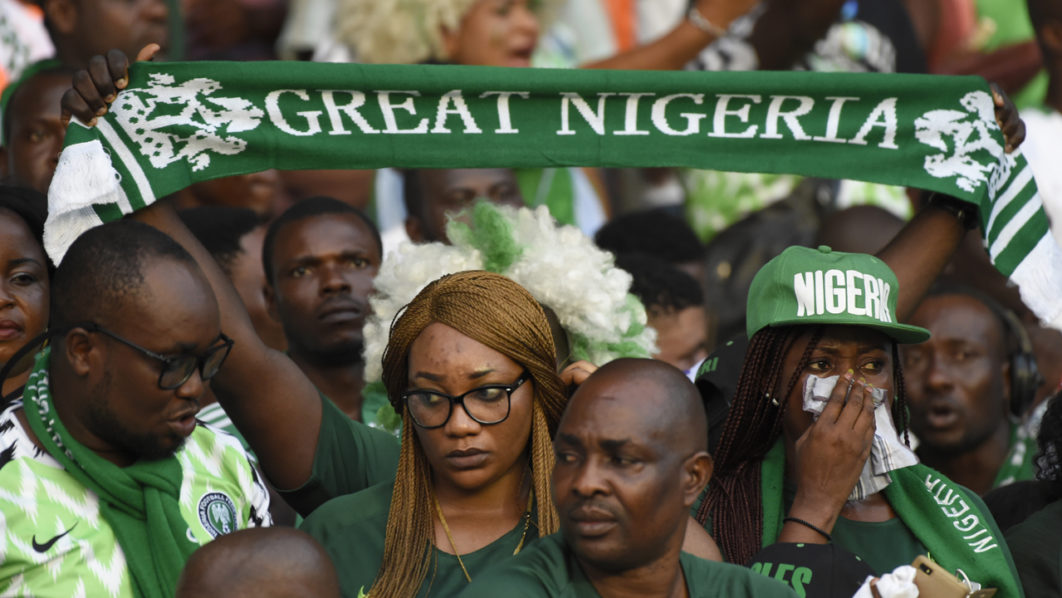 Soccer fans in Minna on Tuesday advised the technical crew of  Super Eagles to improve on the team’s defence and attack in the ongoing Africa Cup of Nations (AFCON) in Egypt.

The football enthusiasts who spoke to the News Agency of Nigeria (NAN) urged the crew to ensure a formidable defence and sharper attack than the current one in subsequent matches.

The team defeated their Burundian counterparts 1-0 on June 22 in their Group B opener at the Alexandria Stadium in Egypt.

Mr Suleiman Isah, President, Nigeria Amputee Football Federation (NAFF) and journalist with the Authority Newspapers, commended the Nigeria side and their handlers for a good start by winning their first game.

“I am happy that we won our first match but our players and coaches led by Gernot Rohr must work hard to fortify our defence and sharpen our attack to play on target for goals.

“This is the beginning, you know that if our team eventually goes beyond this stage, they will meet other strong side such as Egypt, Cameroon, Algeria and others,” he said.

Isah noted that it was not an easy task for Nigeria to break the Burundians’ defence at the end of 90 minutes to win the game.

“It took us time to score, so we must work harder to make a good impact in this competition,” he said.

He said that Rohr got a good understanding of the match and used it to our advantage.

“The great change between Mikel Obi and Ahmed Musa demonstrated the ability of the technical adviser to read the game.

“It shows that he may get it right this time around but with hard work,” he said.

Similarly, Malam Aliyu Lawal, Correspondent, Radio Nigeria, Kaduna, said that the Super Eagles players and their handlers needed to be more serious and committed if they want to bring the trophy home.

“It is not going to be an easy task to bring the Cup home but it is possible if they work hard.

`So far so good, we are now leading the group B with three points after defeating Burundi by a lone goal in our opening match,” he said.

The Radio Nigeria’s correspondent said that other opponents in the group, Madagascar and Guinea played 2-2 draw to the advantage of Nigeria, “so we are topping the group.”

He argued that the goalkeeper made some tactical mistakes by creating unnecessary chances for the Burundians which they did not utilise.

“We don’t have to gamble with him again,” he said.

Lawal said that there was the need for the players to be more coordinated and tactical in their next match and continue with their mass defence and mass attack strategy.

“I am satisfied with their formation only that our strikers need to be much more aggressive in their pursuit for goals.

“The coach should train them the more on aiming at target because they have wasted a lot of chances in their first match which need to be converted to goals.”

Also, Mr Daniel Atori, New Telegraph Newspapers Correspondent, also lauded the victory sayig that a lot of work needed to be done by the technical crew, especially in the defence and forward.

“The team should be focused and exhibit discipline so that they can achieve their desire of winning the competition.

“I want the technical crew of the Super Eagles to work more on the team in order to convert chances created in previous matches to goal in next match,” he said.

Atori said that Nigeria’s next match against Guinea must be won so that the coach can use other players who would have a feel of the competition in the last game against Madagascar.