Super Eagles and Napoli forward Victor Osimhen returned to the team’s hotel on Friday night after he was stretched off against Leone Stars of Sierra Leone during Africa Cup of Nations qualifying match at Samuel Ogbemudia Stadium, Benin-City.

The former Golden Eaglets forward netted Nigeria’s second goal before he was substituted after sustaining a shoulder injury in the second half of the encounter.

Reports coming out of the team’s camp suggests the Napoli forward is fine as the injury isn’t bad as first feared. 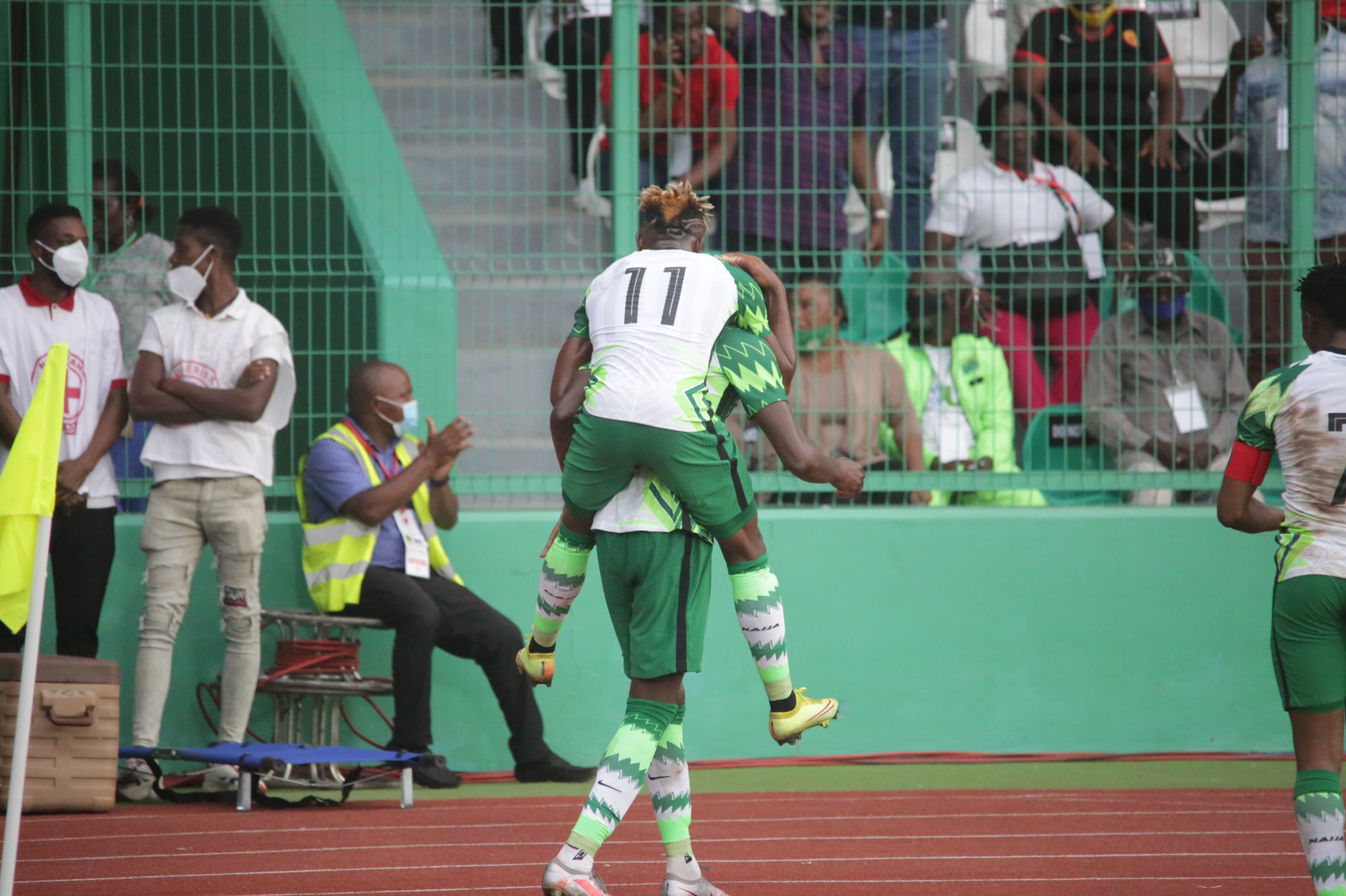 The reports further added that Osimhen won’t be ruled out of action for too long, but nothing has been confirmed if he will regain fitness to face Sierra Leone in Freetown.

Nigeria tackle Sierra Leone in the reverse fixture of the AFCON qualifier on Tuesday, November 17, in Freetown, Sierra Leone.