African coaches lack confidence in themselves despite having the needed qualifications to excel in the round leather game.

Cameroon international Samuel Eto’o who made the submission opined that lack of confidence has limited the chances of most African coaches to reach the zenith of their careers.  He equally noted that the non-progressive state of African coaches may have affected the psyche of African player many who ultimately decide against going into coaching after their playing careers.

The former Barcelona ace told Canal+: ‘some former black players don’t want to become coaches, even if maybe they’d like to.

‘Of course, there are many African coaches who have qualifications, but there’s simply no confidence in them, unlike other coaches,” he noted

The 37-year-old Eto’o, who also played for Premier League clubs Chelsea and Everton, and is currently plying his trade with Qatar Sports Club in the Qatar Stars League also noted that coaches of colour are unfortunately treated as second class citizens. He however hinted that he is ready to change the narrative when he ventures into coaching after playing. 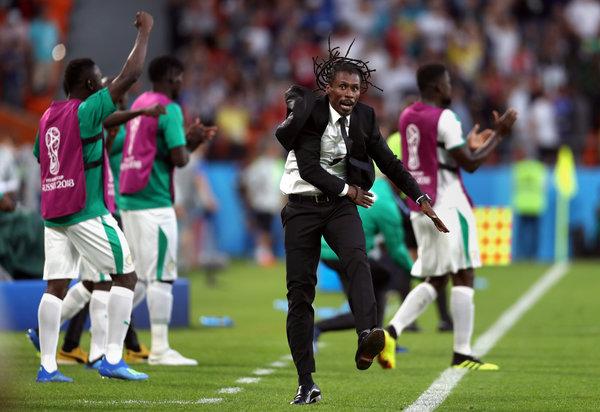 ‘Coaches of colour have been disheartened because they’re viewed as second-class citizens.’Still, I won in Europe as a player so I have to win in Europe as a coach,” he enthused

That is indeed true with Eto’o winning the Champions League three times as a player as well as four domestic titles in Spain and Italy. He is keen to manage at the highest level once he hangs up his boots. The four time African footballer of

the year and two time Nations cup winner is among crème dela crème of sports legends that  hit Dakar Senegal for the Annual African footballer of the Year award.