A petition has started to rename the Emirates as ‘Arsene Wenger Stadium’.
As the tributes continue to pour in for Wenger following his impending departure after 22 years as Arsenal boss, some want permanent recognition of his contribution to the club.
The longest serving Arsenal boss steered the team to unparalleled success during his tenure.
With more than 800 Premier League games to his name and 10 major trophies, Wenger has become synonymous with the north London club.
And the movement to rename Emirates Stadium in his honour is already gathering pace.
Two former Arsenal players Paul Merson and Alan Smith are both in favour of the idea.
‘They should drop the Emirates bit – they don’t need the money – and name it the Arsene Wenger Stadium,’ Merson told Sky Sports News.
Wenger is to leave the Gunners at the end of the season after 22 years in charge
‘That’s his stadium. He built that. He made that stadium. Even if they called it the Emirates Arsene Wenger Stadium. He deserves to be on that,’ he added. 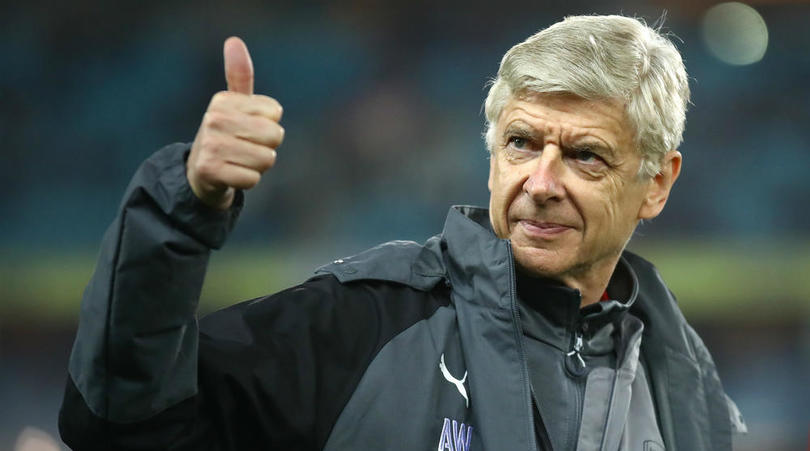 Smith agreed: ‘I go along with what Merse said. I think it’s a great shout – to name the stadium after him would be a fitting tribute.’
‘Obviously, clubs these days are unwilling to forego all of the millions that come with naming rights, but I think that would be fantastic.’
Arsene Wenger’s 22-year reign as Arsenal manager will end in the summer after the Frenchman announced on Friday that this season will be his last in north London.
His departure signals the last of the long-serving managers with Wenger’s reign more than four times longer than any other current Premier League boss.
The 68-year-old’s reign began in the summer of 1996 when he joined from Nagoya Grampus Eight to replace Bruce Rioch and his resignation represents the end of an era for both Arsenal and the Premier League.

Enrique may coach Iwobi at Arsenal

Winning the league is my target with Rangers–Nwofor