By Our Reporter On Jun 5, 2019 0
Nigeria winger Michael Babatunde says he feels on top of the world after his goals helped Wydad Casablanca to the 2018/2019  Moroccan Botola Professional League title. 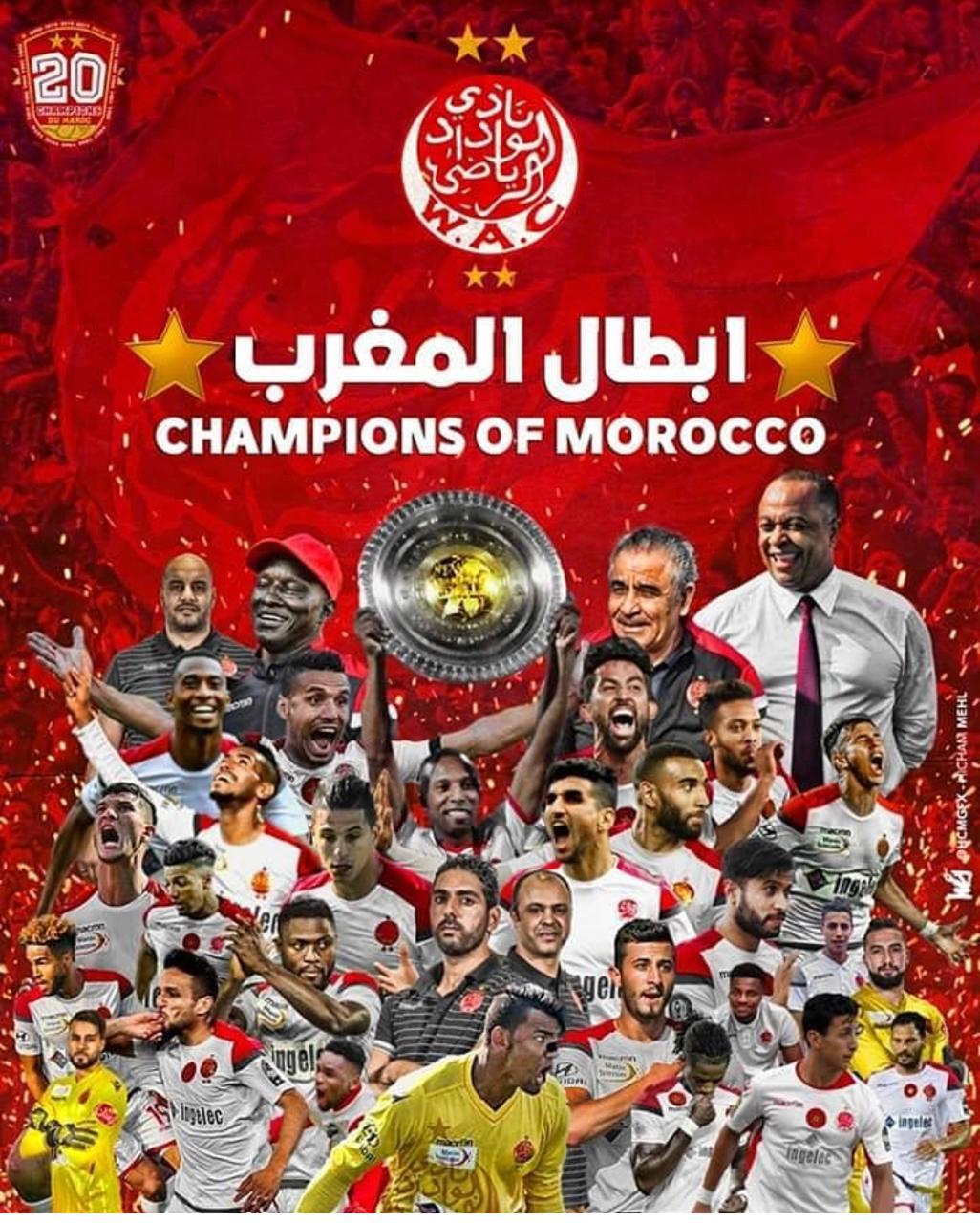 Wydad on Tuesday secured their 20th domestic league crown with a 4-1 home win against Olympique Khouribga and an ecstatic Babatunde couldn’t have been happier after the club’s fiasco in the Champions League final against Esperance of Tunisia last Friday.
“ I feel very happy to be the champions of Morocco with Wydad,” stated  Babatunde who had previously played for city rivals Raja Casablanca. “I’m the top scorer  for Wydad in the league and I’m so happy we are the champions of Morocco  again.”
The experienced Babatunde who previously featured for clubs in Ukraine and Qatar and starred for Nigeria at the FIFA Confederation Cup Brazil 2013 and the 2014 FIFA World Cup in Brazil, relishes the league title win with Wydad.
“ I have played in Europe and Asia but this period with Wydad Casablanca is one of the best moments of my career,” offered the former Heartland FC winger.
Wydad have  in recent years missed the title but Babatunde acknowledged the Midas touch of
Experienced 69-year-old Tunisian coach Faouzi  Benzarti on their side this term.

“Our coach is  such an experienced person; a good tactician and he has a way of getting the best out of his players,” noted Babatunde
Loading...
Latest Sports NewsMichael BabatundeMoroccan Botola Professional League titlesportinglife.ngWydad Casablanca