Barcelona’s starting XI ahead of tonight’s Champions League quarter final clash against Manchester United at the Old Trafford has been leaked ahead of time. 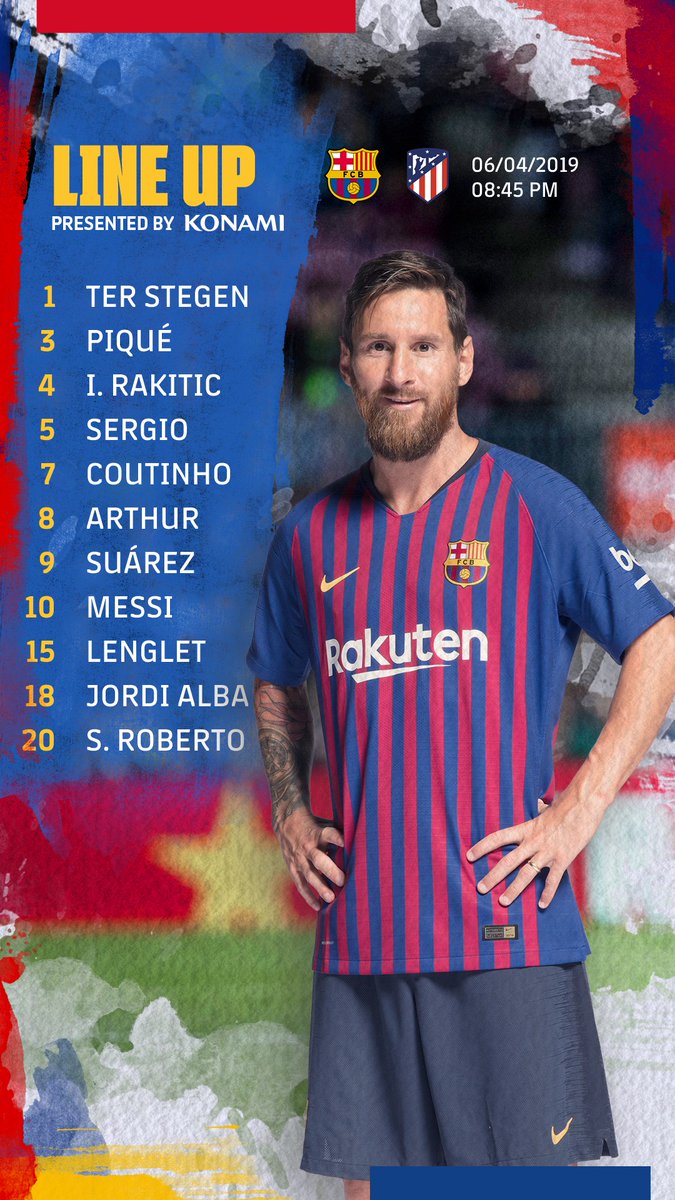 According to reports, head coach is expected to Ernesto Valverde will deploy the same set of players that featured in Saturday’s La Liga win over Atletico Madrid.

The Catalans endured a tough test against their league rivals in the weekend’s encounter but managed to usurp the defensive resilience of Diego Simeone’s side, thanks to two late goals by Luis Suarez and Lionel Messi.

Meanwhile Valverde has indicated that he remains uncertain whether Ousmane Dembele will feature at Old in Wednesday’s midweek clash. The 21-year-old Frenchman traveled with the squad despite spending some time on the sidelines as he is still recuperating from a foot injury.

We can overcome Barca after PSG victory – Solskjaer