Roberto Martinez has extended his contract as Belgium coach until 2022 to take him up to the World Cup in Qatar, the Belgian football federation announced Wednesday.

The 46-year-old former Everton manager took over as head coach of the Belgian national side in 2016, leading them to third in the 2018 World Cup.

The Spaniard’s initial contract ran until Euro 2020, which has been postponed a year because of the coronavirus pandemic.

He has overseen the Red Devils in 43 games in total, notching up 34 wins, six draws and just three defeats, leaving Belgium as FIFA’s number one ranked team. 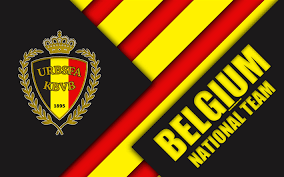 Read Also: Tyson offers fans chance to train with him ahead of comeback

Martinez kicked off his coaching career with Swansea in 2007 before moving on to Wigan in 2009, notably winning the 2013 FA Cup against Manchester City but also suffering relegation from the Premier League.

He then coached Everton before signing up with Belgium, taking over from Marc Wilmots.

No hugs as China football draws up coronavirus battle plan