Chelsea made the most of the early kick-off to beat Leicester 3-0 and move six points clear at the top of the Premier League Saturday afternoon.

Antonio Rudiger and N’Golo Kante got the goals in a dominant first-half display, before Christian Pulisic came off the bench after the break to make it three.

The tone was set inside five minutes, when Jorginho’s quick free-kick played Ben Chilwell in. The wing-back was clean through on goal, but his effort flicked off the top of the bar, much to the enjoyment of the home fans.

Chelsea got their lead ten minutes later though, when Rudiger headed in Chilwell’s corner.

Ademola Lookman had a goal ruled out for offside, but soon after Kante doubled the Blues’ lead after 28 minutes.

The midfielder drove into the space, and with no-one coming out to close him down, fired a left-footed strike past Kasper Schmeichel from the edge of the box.

Leicester improved after the break, aided by the introductions of Kelechi Iheanacho and James Maddison. 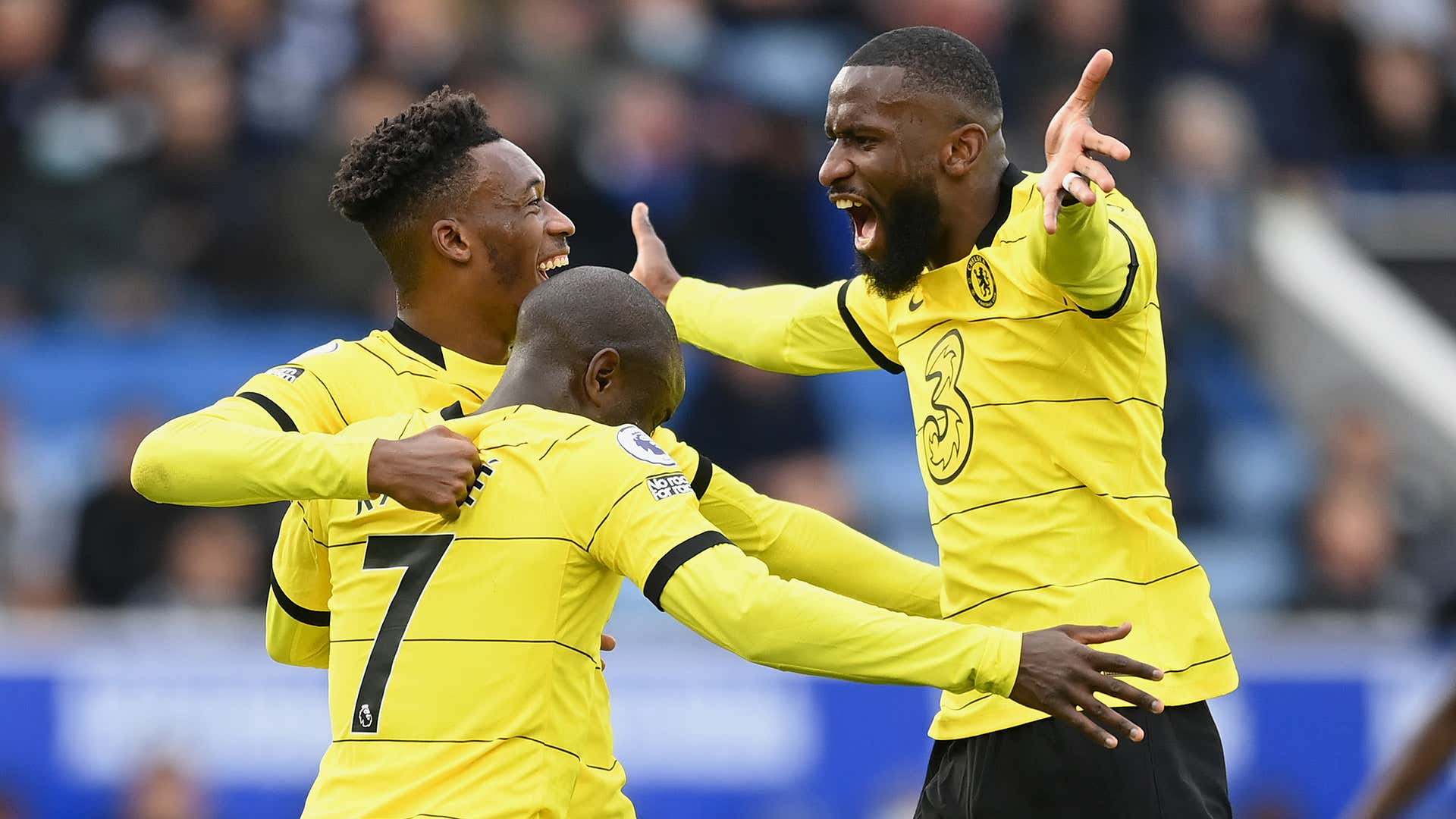 Maddison and Amartey had efforts saved, while Jamie Vardy headed over from close range.

But Pulisic put an end to Leicester’s bright spell as he combined well with fellow substitute Hakim Ziyech to put the result beyond doubt.

Chelsea had three goals ruled out for offside after that, but that did little to dampen the mood on an impressive afternoon’s work from Thomas Tuchel’s side.