Liverpool manager Jurgen Klopp described Diogo Jota as a “world-class striker” after the Portuguese struck both goals in a 2-0 win at Arsenal on Thursday to put his side into the League Cup final against Chelsea.

Former Wolverhampton Wanderers forward Jota slotted home after a flowing Liverpool move in the 19th minute and dinked in a second in the 77th minute to secure a 2-0 aggregate victory.

With Mohamed Salah and Sadio Mane away on African Nations Cup duty, Jota again showed he is more than a stand-in for that celebrated duo and he has now scored 14 goals this season in all competitions.

“Diogo Jota is on fire. We were completely convinced when he arrived at the club he would help us massively,” Klopp said.

“Since he is here he has made another step, he has turned into a really world-class striker. 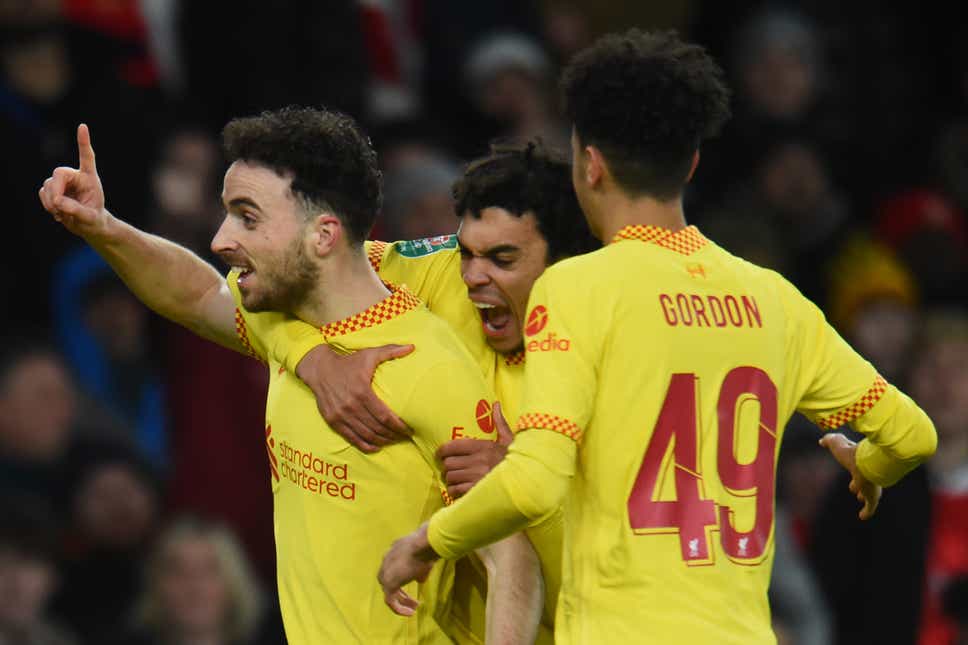 “Mentality mixed up with quality was the reason we signed him. He didn’t only step up tonight, yes he scored two goals but he is incredibly important for us.”

While Liverpool have won the Champions League and the Premier League since Klopp arrived, he has not taken the club to a Wembley final since losing to Manchester City on penalties in the 2016 League Cup.

“Wembley is a special place – how we all know. There’s a lot of games to play until then,” said Klopp, whose side will try to win the League Cup for a record ninth time.

“We really put a lot of effort in this competition and we really wanted to go through. So when you go through, when you’re in the final, there’s absolutely no reason to be part of a final if you don’t want to win it.”