Edinson Cavani has been suspended for Uruguay’s upcoming games against Argentina and Bolivia as a result of his horror tackle on Richarlison last November.

The 33-year-old Manchester United forward received a straight red card during his side’s 2-0 World Cup qualifying defeat to Brazil after a nasty stamp on Everton forward Richarlison’s ankle in the 71st minute.

Uruguay have further qualification games coming up against Argentina on March 24 and Bolivia on March 29.

But Cavani will not be available for either match after it was confirmed today by FIFA that his punishment would be a further two-game suspension.

Richarlison claimed after the incident that Cavani could have caused serious damage – but did not appear to hold a grudge against his Premier League rival.

“I think it was a ball dispute, he went over the top,” Richarlison said at the time.

“If my foot was stuck it might have even broken my ankle, but I think it wasn’t bad. He tried to steal the ball and ended up missing.”

Cavani has made a huge impression for United since he was snapped up as a free agent in the summer.

The former PSG man has netted six goals in the Premier League and has created two assists.

And United fans may be breathing a sigh of relief that he will not be making the trip to South America and will thus avoid risking injury during the international break.

Cavani is likely to be back in action when the Red Devils take on West Brom on Sunday. 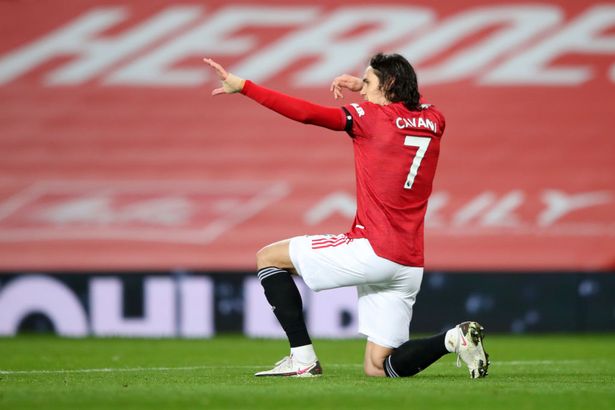 They will almost certainly need a win to keep their faint title hopes alive, with Ole Gunnar Solskjaer’s side currently sitting five points behind league leaders Manchester City having played a game more.

And they will also have one eye on next Thursday’s Europa League last-32 first leg against Real Sociedad, with the club desperate to win a trophy this season.

FA Cup: Tuchel to throw Kepa into the ring against Barnsley