Chelsea will learn their Champions League group stage opponents this week, with the draw set to take place in Istanbul on Thursday.

The Blues are defending champions for a second time, having beaten Manchester City 1-0 in Porto back in May.

Thomas Tuchel is yet to lose a tie as Chelsea boss, having steered the West Londoners expertly through last year’s knockout rounds.

But there are bound to be tough tests this time around.

The provisional pots for the draw are as follows:

Some qualification matches are still yet to be played, hence why a number of teams do not know whether they will end up in pot 3 or 4.

Under Uefa rules, no teams from the same nation are allowed to be drawn against one another in the group stage.

This means Chelsea cannot draw Liverpool or Manchester United, but they could still face a huge team.

And none would be more daunting than Tuchel’s former side Paris Saint-Germain.

The French giants boast the likes of Lionel Messi, Neymar and Kylian Mbappe among their ranks – but find themselves in Pot 2 after failing to win the Ligue 1 title last term. 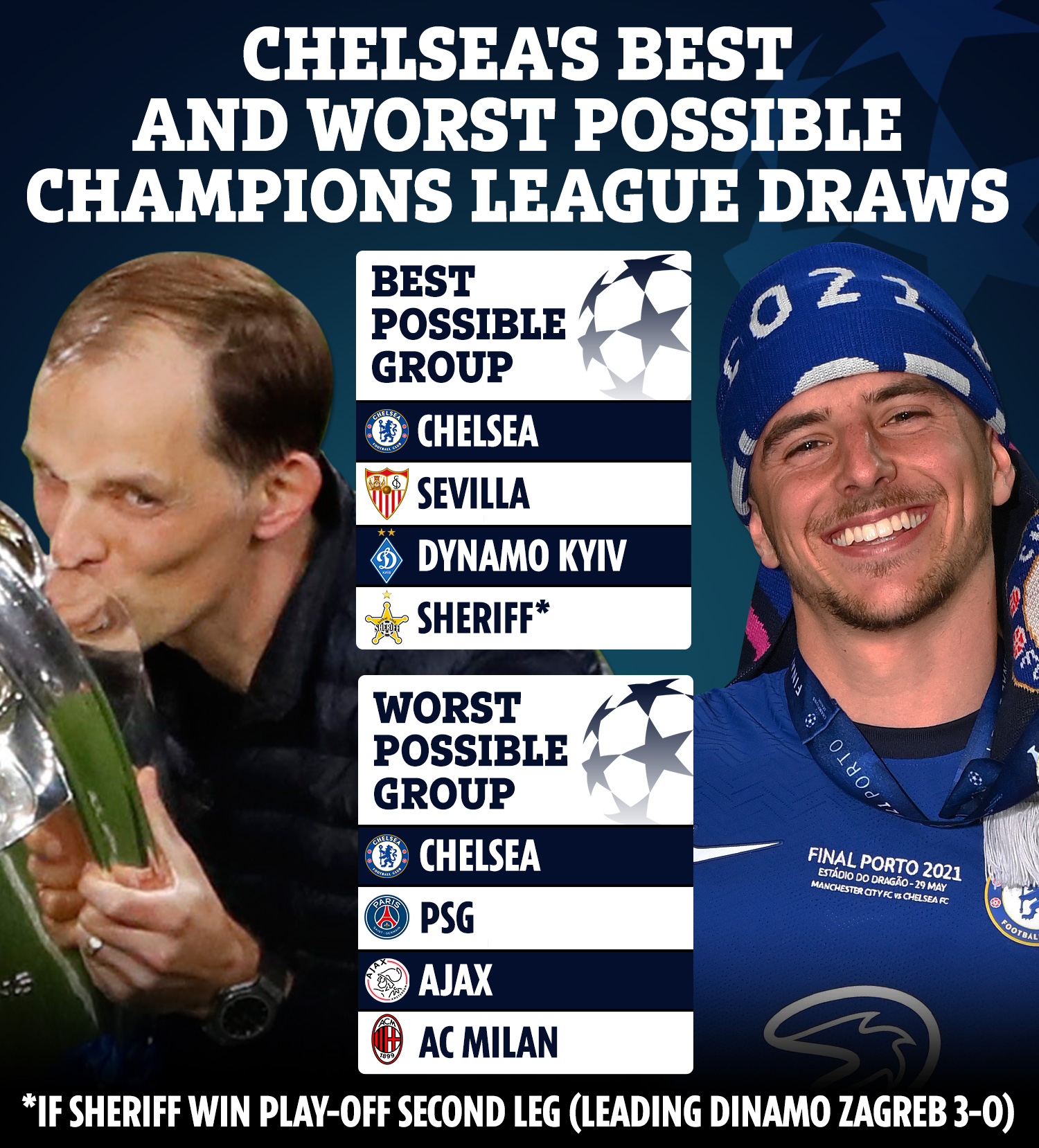 Even if Chelsea avoid PSG – Barcelona, Real Madrid, Borussia Dortmund or Juventus could be lying in wait.

Most Blues fans will hope to get Sevilla from Pot 2 instead.

Chelsea could face a tough assignment from Pot 3, with Porto, Ajax and Atalanta teams to be avoided.

Tuchel would probably prefer to face Dynamo Kyiv, should they get through their qualifier – or perhaps even RB Leipzig if he’d rather avoid the long trek east.

No-one will want to draw seven-time winners AC Milan, with the Serie A giants having fallen to Pot 4 on account of their lack of European campaigns in recent years.

But Stefano Pioli’s side, while not quite the force of Milan teams of yesteryear, will still prove to be a stern test for whoever draws them.

There are likely to be far more straightforward prospects in the shape of Moldovan underdogs FC Sheriff, or even Swedish side Malmo.

ABC: Morocco aim to come out on top – Coach Pedros