Count me out of MLS switch, says Vieira 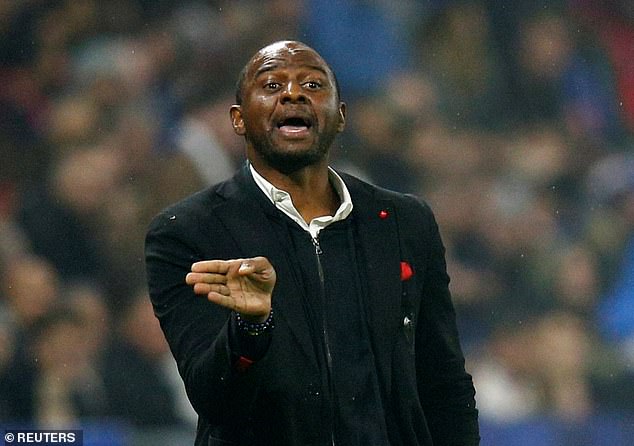 The former Arsenal man is currently in charge of Ligue 1 side Nice, having previously worked in America as boss of New York City – but was adamant he had no plans to
return.

Beckham’s club are currently planning to enter the MLS for the 2020 season and are in the process of putting together their coaching staff and playing team.

Vieira said: ‘At the beginning of the season it was Lyon, today there is Inter Miami and tomorrow it will be Botafogo.

Vieira’s Nice, who he joined in 2018, are currently 15th in Ligue 1 after just five wins from their first 14 games of the season.

That has led to increasing pressure on the 43-year-old from some supporters.

On his future, Vieira added: ‘I do my job every day as best as I can.

‘After that, you have to ask certain people what happens, but I do not feel in any danger.

‘But, in football, we know that things move very fast.’