Dan Anyiam Sports Complex in Owerri is wearing a new look as the contractor handling the renovation of the edifice has promised that the arena would be completed soon. 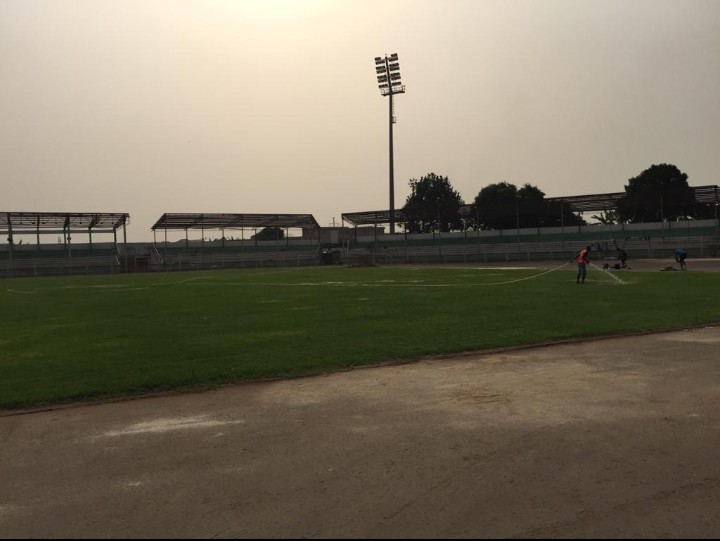 The once-adored sporting edifice was in a dilapidated state before the Imo State Government started the renovation work on it last year.

One of the contractors handling the stadium, Reform Sports West Africa, told NationSport that the material needed for the resurfacing of the turf, installation of the track as well as plastic seats have arrived in Imo State.

The Chief Executive Officer of the company, Mike Adamu said that the relaying of the natural grass has commenced, adding that the company has done some corrections at the stadium to give it international outlook.

“Work is ongoing at the stadium and if completed it would be ready to host national teams’ matches because the face-lift will take the stadium to FIFA standard, while the state football club Heartland FC will also enjoy the stadium,” Adamu said to NationSport.

If completed, Dan Anyiam Stadium will be the latest natural grass stadium after Samuel Ogbemudia Stadium in Benin and Stephen Keshi Stadium in Asaba.

Dan Anyiam Stadium was one of the four stadia suspended by the League Management Company (LMC) for hosting Nigeria Professional Football League (NPFL) matches due to poor playing surfaces.

Heartland have been playing their home games at the Okigwe Township Stadium since the Dan Anyiam Stadium was suspended.

Fury open to fighting Joshua if Wilder turns down rematch