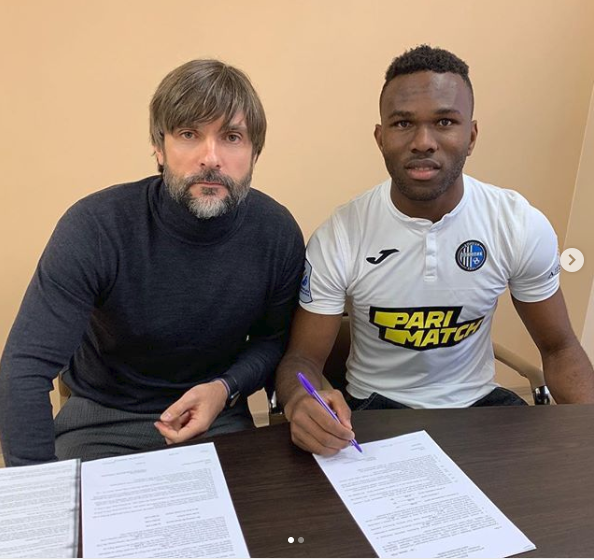 Olympic Donetsk new signing, Igwekali Darlington Emmanuel has already set himself a target of playing in the UEFA Champions League with his new club.

The former Alanyaspor U-21 star, who will be 19-year-old next month penned a 4-year deal with the Ukrainian club on Tuesday and the club confirmed the deal on its official instagram page: ‘Welcome Darly.’

An absolutely delighted Darlington said: ‘I thank God for making this day a reality. The journey has just started and I believe God will see me through this journey.

‘I’m looking forward to winning trophies with my new team and participating in the Champions League or Europa League with them.’

Olimpic Donetsk was formed in 2001 along with a charity regional fund of football development. 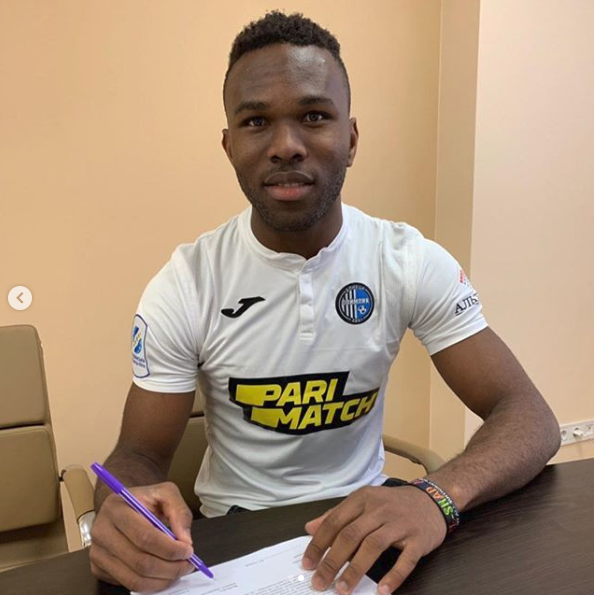 The club was meant to rely on players from its academy. Olimpic Donetsk entered the professional competition in 2004. After six seasons Druha Liha Olympic became champions in the 2010–11 season and were promoted to the Persha Liha.

Olympic became the champions of the 2013–14 Ukrainian First League and earned promotion to the Ukrainian Premier League. They play at their stadium “Olimpik”.

The clubs has several youth teams that play in youth competitions under the name “Olimpik-UOR” (Olimpic – Uchylyshche of Olympiyskoho Rezervu). Since 2009, UOR Donetsk and Olimpic have agreement about mutual training of young footballers.

Since its promotion to the Ukrainian Premier League in 2014, the club is forced to play its games in Kiev.

Iwobi: Eagles will not take Seychelles for granted

Super Eagles have made me a better player- Semi Ajayi