Double blow for Barca as Pedri and Alba injured

Barcelona have been hit by injuries to Pedri and Jordi Alba, the club confirmed on Wednesday.

Pedri has injured his left quadriceps while tests on Wednesday morning revealed Alba has a hamstring injury in his right thigh.

Barca said both players are “unavailable for selection” and their “return will depend on the recovery”.

The duo’s absence is another blow for Barcelona, who were outplayed in a 3-0 defeat by Bayern Munich on Tuesday night in their opening game of the Champions League.

Alba had to go off in the 74th minute of the game while Pedri completed the match. 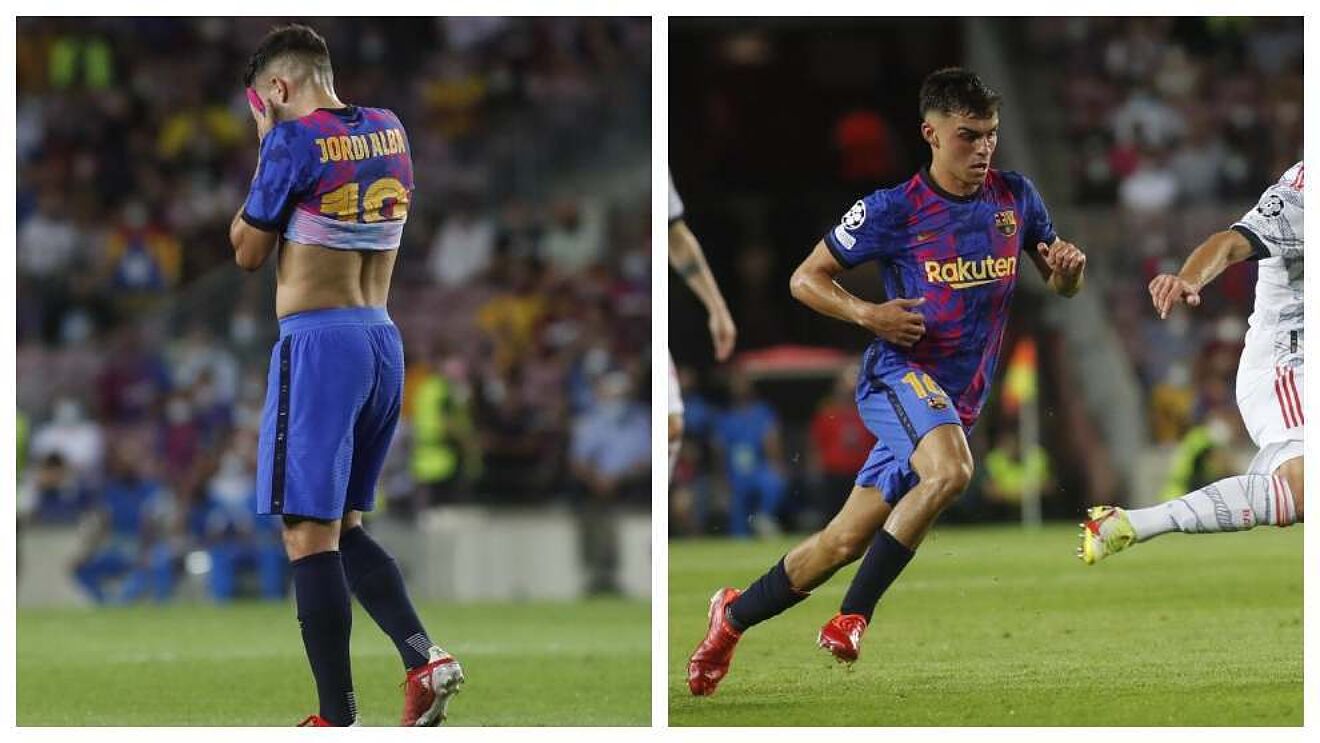 The 18-year-old Pedri has endured an exhausting year after playing 56 games in total last season, before then representing Spain over the summer at both Euro 2020 and the Olympics.

The pair will now miss Barcelona’s LaLiga fixture at home to Granada on Monday, with league games against Cadiz and Levante to follow.

Barca then have crunch matches against Benfica in the Champions League on 29 September and Atletico Madrid in LaLiga three days later.