Burundi striker Abdul Razak has admitted that his side played against a tough opposition during Saturday’s Africa Cup of Nations group B opening game against the Super Eagles of Nigeria at the Alexandria stadium in Egypt. 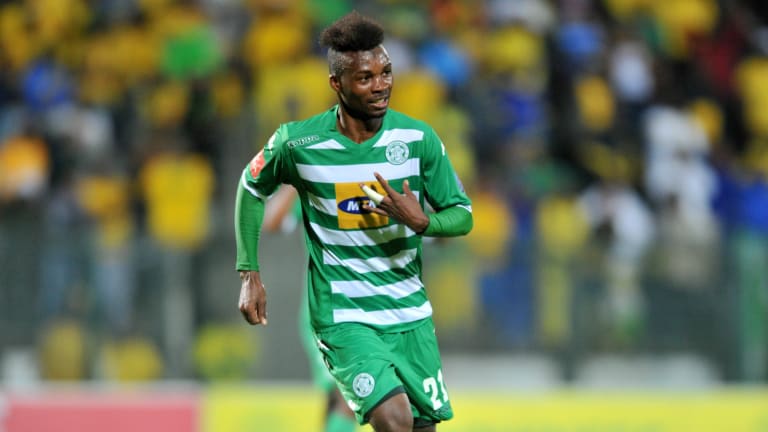 Odion Ighalo came off the bench to score the goal that gave former champions Nigeria a 1-0 victory over stubborn Burundi in the 77th minute.
The Burundian side known as the Swallows, who were enjoying their debut at the African football showpiece, showed no sign of inferiority during the opening half in the ancient city and came close to breaking the deadlock during the first 45 minutes.
Burundi started the second-half as the better side with Razak leading the Swallows’ charge for the opener, but Kenneth Omeruo was alert to the danger.
“The game was good. It was okay for both sides. We expected to win or to draw but Nigeria is not an easy team and they managed to score in the 77 minutes. And luck was on their side too,” the JS Kabylie of Algeria striker said.
He added: This is our first Afcon appearance and there is nothing special about my game and I have to play the way I used to play. Even at the elimination stages, I was playing like this. It is like I am marketing myself and I have to give all I have against Nigeria. Again, I am a professional and I am not expected to be scared of any team.”

Razak stressed that he and his colleagues will play to win their second game against Madagascar.
“We are going to work very hard and make sure we win. Nigeria is a strong team in our group and we will try everything to get the result in the game against Madagascar.”
Loading...
2019 Africa Cup of NationsAbdul RazakLatest Sports Newssportinglife.ngSuper Eagles of NigeriaSwallows of Burundi

Anthony Joshua is not a good boxer- Andy Ruiz,Jr claims

I will be back soon, Shehu boasts