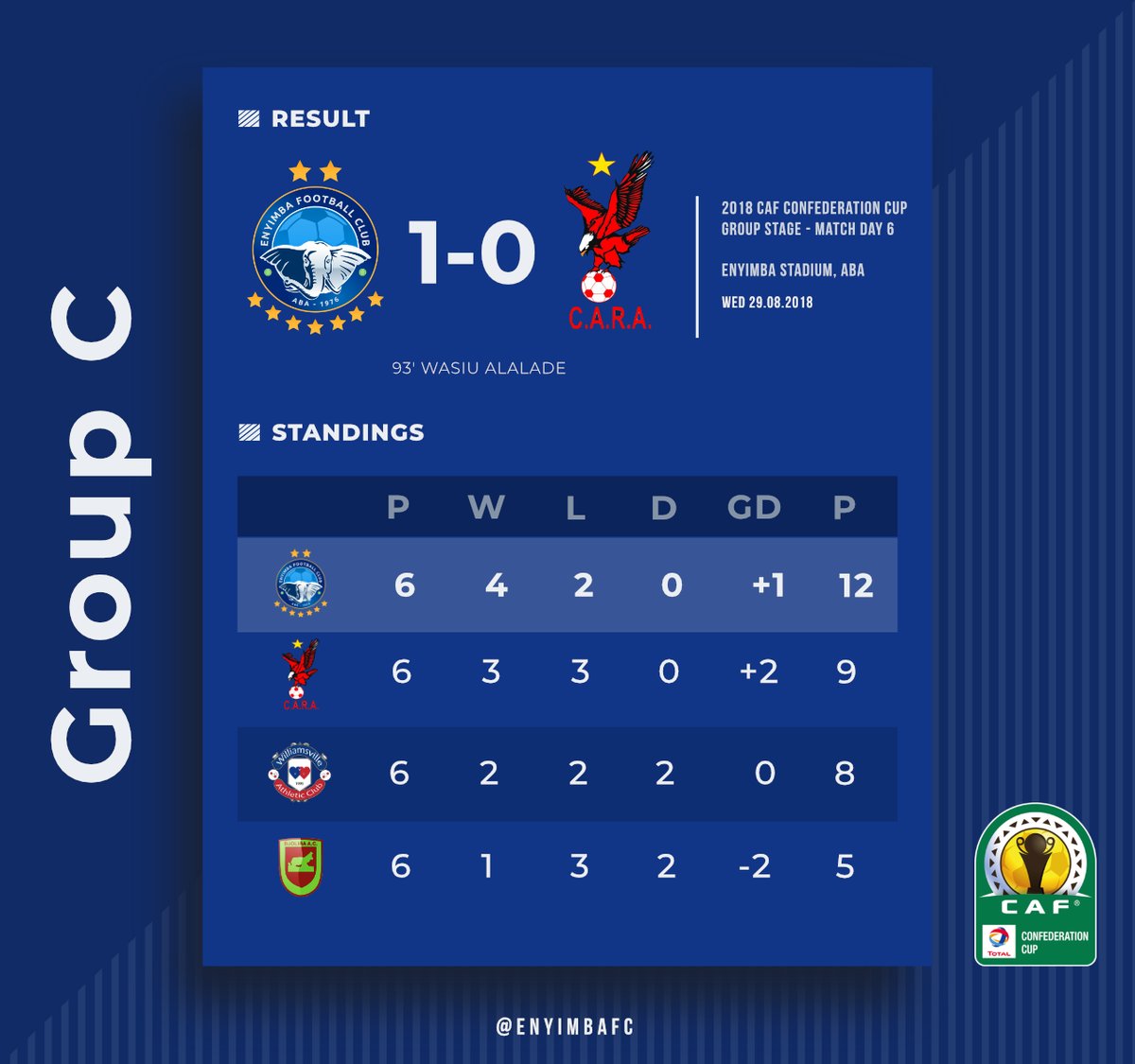 The peoples Elephants survived what could pass like an initially scare play entire 90 minutes without a goal in a match which they had been condemned to win to stand a chance of progressing in Group C of the Confederation cup.

The much needed goal came in the 93rd minute of the match when Mfon Udoh’s curled free kick came off the post and Wasiu Alalade delivered home the rebound.

The goal could not have come at a better time to cool the nerves of teeming fans that turned out in large numbers to cheer the home side to victory.

The fans prior the match had made several permutations with some predicting that the homers will be gingered by the return to their traditional ground to go for a goal feast.

The victory shot Enyimba to the top of the group with 12 points pushing CARA to the second position on 9 points.

In the other tie, WAC and Djoliba settled for a goalless draw to remain at 8 and 5 points respectively.

Wednesday’s result and quarterfinal slot has put Enyimba in vintage position to earnestly eye a Confederation cup title, one trophy that has been conspicuously missing from cabinet of the two time champions league winners.

Doctrine of necessity for Nigerian Football