Fans set for return in German Cup first round

By Our Reporter Last updated Sep 1, 2020 0
Fans set for return in German Cup first round.

Fans can return to some German football stadiums in mid-September for the first round of the German Cup, the country’s football federation (DFB) announced on Monday.

Matches in Germany have been played behind closed doors since the professional game restarted in May following the coronavirus lockdown.

“In the third division, the German Cup and women’s matches, the number of spectators… must be decided by each club in agreement with local health authorities,” the DFB said in a statement.

“This means that in some stadiums there may be fans, while in others, the home clubs may accommodate fewer, if any, spectators.” 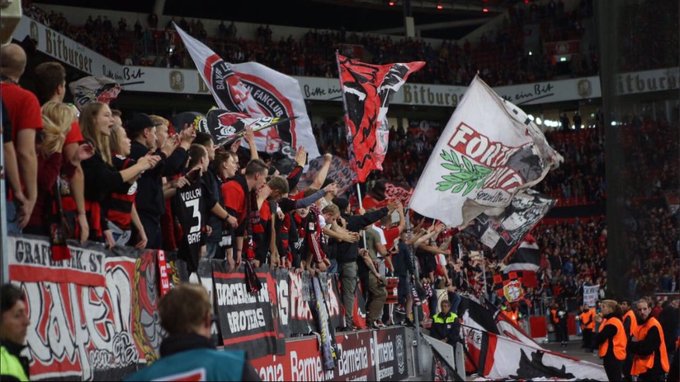 Most clubs will not be able to accept more than 1,000 fans, although there are some exceptions, with Magdeburg having been given the green light to host 7,500.

The DFB itself wanted 500 fans to attend Germany’s Nations League match against Spain in Stuttgart on Thursday, but that request was refused by local authorities.