Future Eagles off to Japan for Dream Cup

The U15 National Team, also known as Future Eagles, will depart Nigeria for Japan on Sunday to participate in this year’s International Dream Cup for U16 teams taking place in the city of Miyagi, 12th – 16th June. 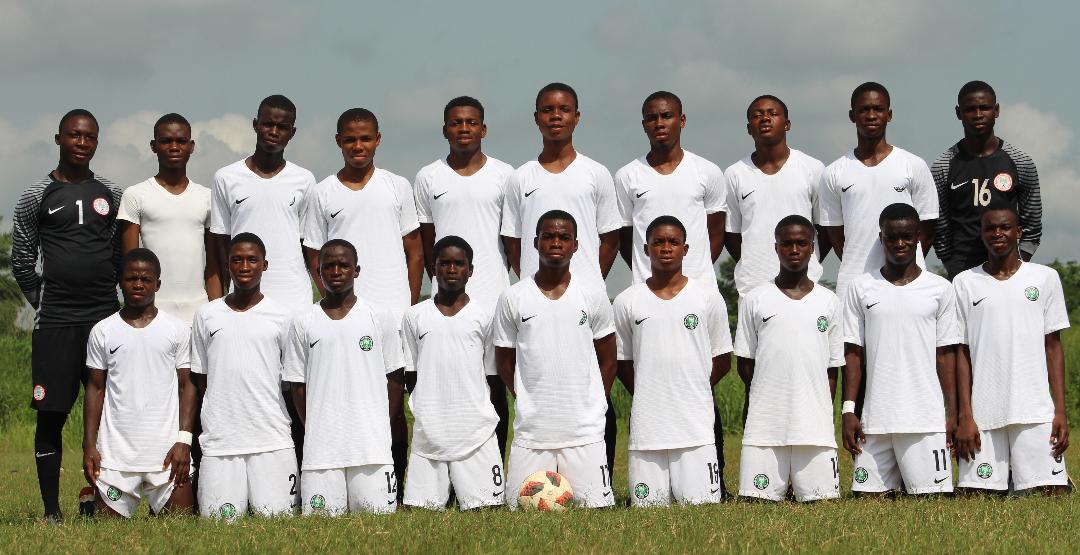 A team of 18 players and eight officials, led by NFF Executive Committee member Musa Adamu Duhu will depart from Lagos aboard an Ethiopian Airline flight, and connect Tokyo from Addis Ababa on Sunday night.

The Future Eagles programme, bankrolled by Zenith International Bank, headlines the youth development vision of the Amaju Pinnick administration and is a conscious and deliberate effort to reposition Nigerian Football through the building of a hygienic pool of talents that will supply the various National Teams with decent, well –nurtured talent.

Products of the NFF/Zenith Bank Future Eagles programme won silver medals at the 3rd African Youth Games in Algiers in the summer of 2018, and form the bulk of the present U17 National Team heading to the FIFA U17 World Cup in Brazil later in the year.

Head Coach Usman Haruna told thenff.com: “The International Dream Cup has provided us with a great opportunity to see the boys in real competitive action in order for us to know what areas in the team to improve.

“Winning the tournament is not as important as seeing the boys put to play the football education we have imparted to them at various camping and training programmes.”

The Future Eagles will take on the U16 National Team of Mexico at the Yurtec Stadium in Miyagi on Wednesday, 12th June, before clashing with host nation Japan on 14th June. They will confront Romania on 16th June at the same venue.