Liverpool manager, Jurgen Klopp has confirmed that he got a phone call from closest rival and colleague, Pep Guardiola after the Reds won the Champions League. 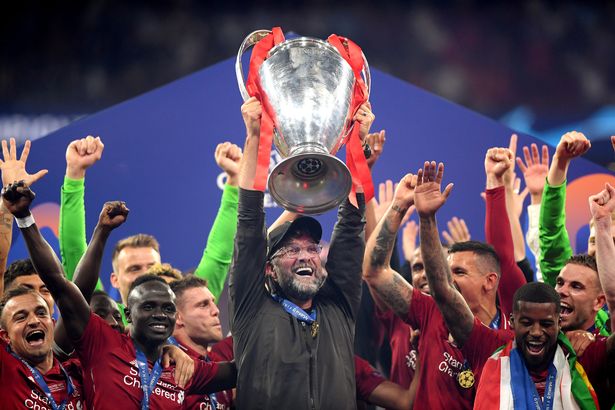 Liverpool were crowned Champions of Europe for the sixth time on Saturday night after defeating premier league side, Tottenham 2-0.

“A second ago I spoke to Pep Guardiola on the phone,” Klopp revealed in his post-match press conference, per the Liverpool Echo.

“We promised each other that we will kick each other’s butts again next season. We will go for everything and see what we get.

“Getting 97 points in the Premier League and winning the Champions League is an unbelievable long way to go and we did it. That’s incredible.

“Now we’ve won something, we will carry on. We will win things. That is big. I am really happy.”

With the win, Klopp secured his first trophy as Liverpool manager – and it’s fair to say the German deserves to finally get his hands on some silverware.

Last season, Liverpool were beaten in the Champions League final by Real Madrid and were also pipped to the Premier League title by Machester City at the end of this campaign.

Sterling, De Bruyne, Moura IN UCL SQUAD OF THE SEASON