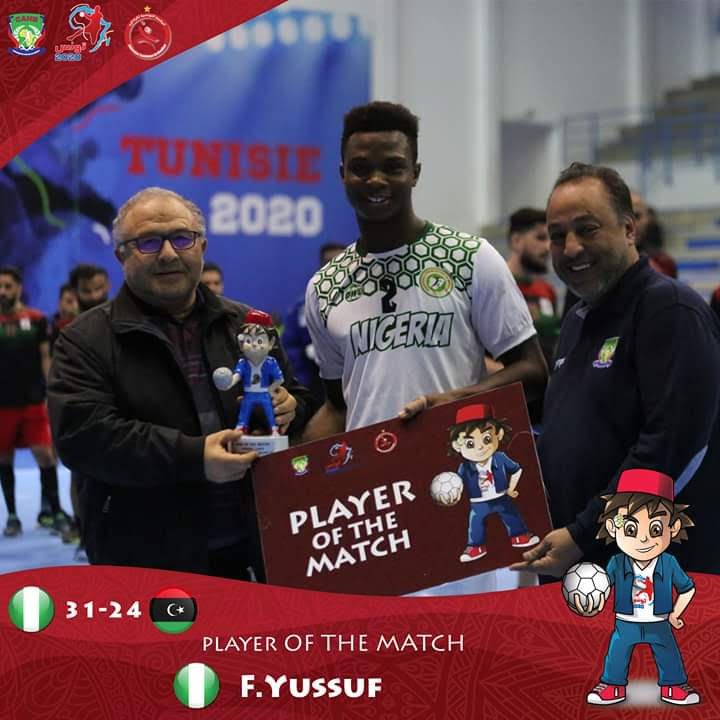 Once the Nigerian team got into the lead they protected their advantage throughout the game with some breath-taking performance. The Nigerians had earlier lost to Angola and Gabon in their first two group games but redeemed themselves with the win over the Libyans.

Angola top Group B with maximum six points after winning three games, Gabon finished second with three points from one win, one draw and a loss, Nigerian is third with one win, while Libya finished last with a draw.

Nigeria’s Yusuf Faruk was named the man of the match for his overall performance in the game.

The Nigerian team will now play in the 9-12 classification series.