I promise to make Nigerians happy in Egypt–Uzoho

Super Eagles goalkeeper, Francis Uzoho has promised to make up for his mistakes after he was named in the provisional list for the 2019 Africa Cup of Nations in Egypt by head coach, Gernot Rohr. 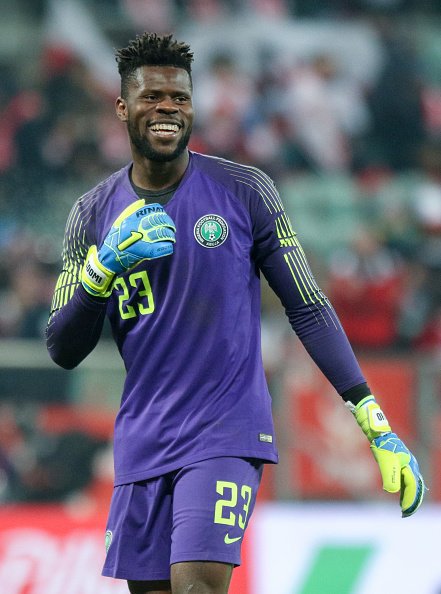 The goalkeeper who used to be the beautiful bride after making his debut in November 2017 against Argentina in a friendly came under fire for the goal he conceded against Seychelles in the country’s last qualifying match in Asaba. His lack of playing time at Cyprus club, Anorthosis Famagusta where he is on loan has also not helped matters.

Aware of fans reactions made Uzoho go on social media to reassure them if given the opportunity to be between the sticks.

“Another privilege to represent my country. Hope I get the opportunity to make you’ll proud. In Christ Alone,” he wrote on his Instagram status page on Wednesday.

The 20-year-old has kept four clean sheets in 13 games for the Eagles since he made his debut as a second-half substitute against Argentina which the former won 4-2.

He also thanked his former team Elche for handing him an opportunity to play during the first half of the season.

“In the midst of my challenges this season, yet I still find reasons to smile that it wasn’t all failures. Thank you @elchecfoficial for giving me the opportunity,” Uzoho wrote beneath his video in action for Elche.